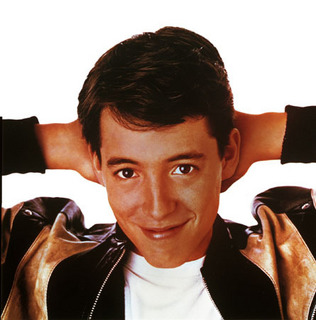 Evidently June 5th was the day Ferris took off. There it was on my Facebook feed yesterday: Trending: Prince. Why was Prince a trending topic when he’d been found dead a month ago? Then I learned his official cause of death had just been released: “Accidental Fentanyl toxicity.” In other words, he unintentionally overdosed on a drug he was taking to treat chronic pain. After reading the comments on the various new Prince articles, it hit me: though Prince’s body died of opioid overdose, the autopsy report may as well have said “death by ignorance and fear,” both his own, and the public’s.

If “death by ignorance and fear” sounds inflammatory and sensational, stop and think about it. Why on earth would anyone wait to get medical help for something that could kill them? Would you furtively seek treatment if you realized you had something potentially fatal? Would you wait until things were so bad that your life was literally falling apart and you were afraid you might die? No. You’d rightly engage in proactive self-care and get professional medical treatment, with no fear that anyone would proclaim you as weak-willed and morally bankrupt. You would do it with no fear that it might permanently damage your reputation, your career, or negatively affect your family. But that’s not the case with addiction and mental health.

Because of his fear of what had become his “secret” getting out to the public, Prince passed off an emergency plane landing due to overdose as “the flu.” The public’s eyes were on him, and treatment that would have saved his life was delayed. Why? It is primarily the ignorance and fear of an addiction-shaming and tabloid culture that drives public figures to make such insane decisions. The press and public surely would have turned the very normal act of Prince seeking medical treatment for his condition into scandalous fodder, something the very private Prince–or anyone–would likely choose to avoid.

Most of the reactions to the cause of death news were disheartening to read, partly because I used to work for Prince, who was as straight an arrow as they come. I was 22 years old and got a gig as the production secretary for his second film, “Graffiti Bridge,” shot at Paisley Park Studios in Chanhassen, Minnesota. I wasn’t on set much, mostly working in the production office, which was on the main floor, right across from the elevator that led upstairs and to Prince’s private quarters. That was usually where I saw him, stepping out of the elevator door in the morning. So when I heard that his body was found in the elevator, it was a jarring visual contrast to the spry cannon of energy that bounced out of that door every day in four inch heels.

I liked working at Paisley Park, it was a very professional environment, but also had a community feel to it, and I felt like I was a part of something. When George Clinton would do his scenes, he would ask me to watch …read more If you’re looking for a salary bump (and interesting work to do), consider becoming a certified IT specialist with this CompTIA IT Security, Network and Hardware Certification Training, now just $39 (over 90% off) in the Boing Boing Store.

You’ll get 50 hours of content to help you understand threats to a company’s IT systems and network, and neutralize them before they become a liability. Master firewall installation, authentication protocols, and more — ensuring you’re equipped to maintain your company’s online systems.

Once you’re done, you’ll be ready to ace four CompTIA-certified tests: the A+ exams, the Network+ exam, and the Security+ exam en route to a better career.

This training normally runs almost $2,200, so get on board now at the blowout price of just $39 while this offer lasts.

U.S. Sailors and Marines will join the Armed Forces of the Philippines June 6-10 for CARAT Philippines 2016. …read more