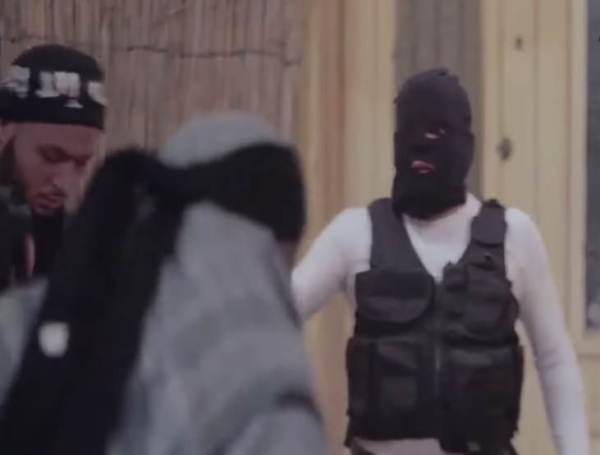 Singer and actress Heba Magdi doesn’t seem to be enjoying herself on this good-natured prank TV show, in which she was “kidnapped” by fake ISIS terrorists and forced to put on a suicide vest. C’mon Heba, lighten up!

Is this the world’s cruellest TV prank ever? Actress is tricked into thinking she has been kidnapped by ISIS in Egypt and is made to beg for her life on video.

She is then ordered ‘at gun point’ to pose for pictures infront of an ISIS flag.

Repeatedly begs for her life as TV crew set off fake gunfire and explosions.