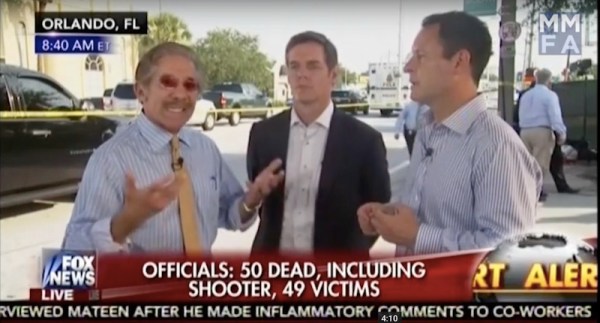 Geraldo Rivera thinks the victims of the Orlando massacre made the wrong choice yesterday morning when they were attacked with an AR-15 assault rifle: “When you’re in that situation and you have no weapons, you have two choices. If you can’t hide and you can’t run, there are two choices. You stay and die, or you fight. For God’s sakes, fight back. Fight back.”

Read more from The Daily Beast.