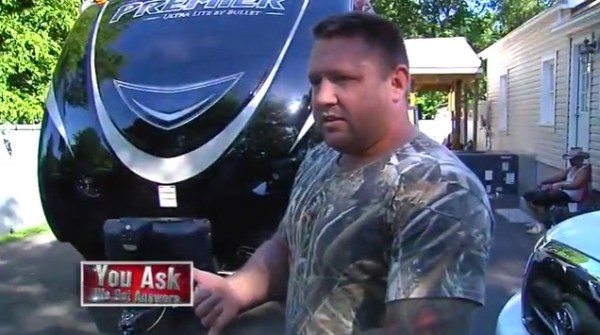 Justin McCrory of Nashville sold his house to Tamara Holloway, and was supposed to vacate on June 1, but he refuses to leave. When a TV news reporter when to the house to ask McCrory why he is living in a house that is no longer his, he first told her to “get off my property.” When the reporter reminded him that the house was no longer his property, he warned her that she might get run over by the big pickup truck he was driving. When she continued to ask questions, he became angry and told her, “You need to learn to take orders.”