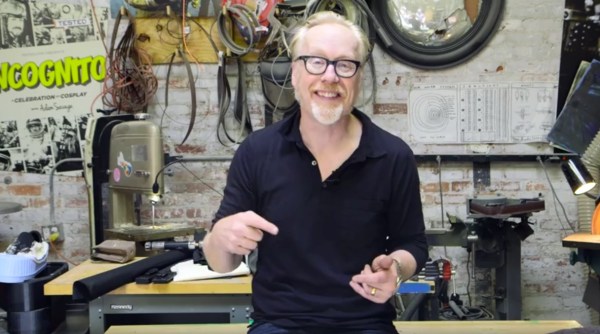 In a new Tested.com video, Adam Savage celebrates the upcoming National Week of Making that the White House is hosting again this year. To kick off his week in the sort of unique way that only Adam Savage can, he has been asking his social media followers to tag pictures of their personal workspaces, the happy places where they go to create something from nothing.

In the video above, he shows off a number of these wonderfully diverse shops (see a few below) and talks passionately about the joys of making and how we should all yield to the hands-on imperative.

You can find out more about the National Week of Making and how to get involved on the event’s official website.