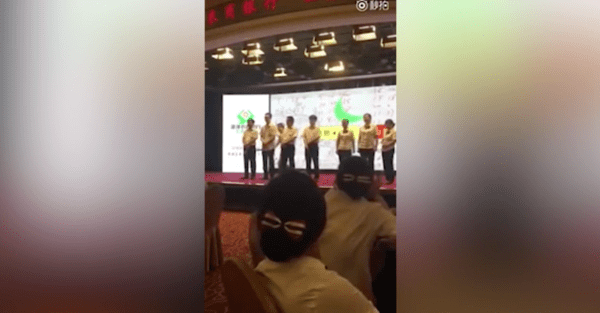 Inept employees at a business in China were publicly spanked for their poor performance, reports People’s Daily.

In video captured on cellphone, a manager is seen upbraiding staff, lined up on stage before their colleagues at Chinese Rural Commercial Bank. Then he produces a baton and begins spanking them on the buttocks.

Though the employees are clothed, the manager’s form is robust and the thwacks sharp.