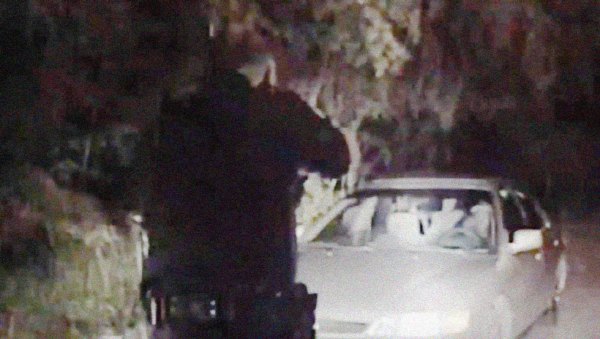 In his police report, officer Robert Cooper claims he was “barely able to get out of the way” as a teen driver tried to run him over, forcing him to shoot into a moving vehicle. But his own dashcam footage made a liar of him.

A police video released Thursday by the State Law Enforcement Division of the May 19 shooting of a motorist by a Forest Acres police officer shows the officer firing seven shots into a slow-moving car as the motorist began to drive away.

“Stop! Stop! Do not make me shoot you!” yells the officer, who is on foot in front of the vehicle with his weapon drawn and pointed at the car’s windshield. The driver is inside a small sedan and is the car’s only occupant.

The officer fires seven shots, rapidly and from a close distance – perhaps less than 10 feet away – as the car moves slowly, turns toward the officer and then appears to try to go around the officer. The motorist then pulls away from the scene and moves out of range of the officer’s dash-cam, which recorded the event.

The “don’t make me shoot” line (like “stop resisting”) is key to understanding the problem with cops in America: a device to justify escalating confrontations as fast as possible to violence. Forest Acres is giving officer Cooper a paid vacation during its investigation.