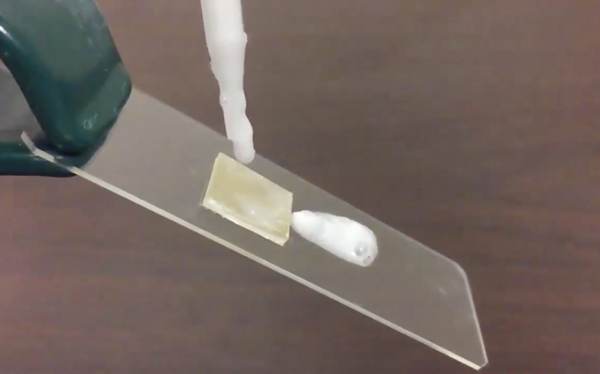 Coatings that allow ketchup and other gel-like liquids to easily slide down plastic bottle interiors have been around for many years. Finding something that prevents liquid soap from clinging to the inside of a bottle has proven more elusive, because the qualities that make soap “soapy” also make it clingy to plastic. But researchers at The Ohio State University have created a microscopic texture that repels soap products, as reported in the journal Philosophical Transactions of the Royal Society on June 27.

The technique involves lining a plastic bottle with microscopic y-shaped structures that cradle the droplets of soap aloft above tiny air pockets, so that the soap never actually touches the inside of the bottle. The “y” structures are built up using much smaller nanoparticles made of silica, or quartz—an ingredient in glass—which, when treated further, won’t stick to soap.