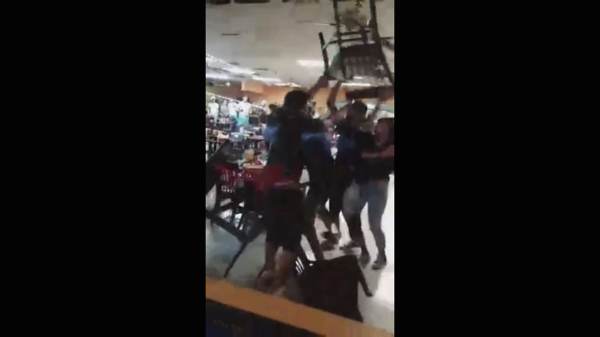 My San Antonio reports of a fight that took place in a North Dallas restaurant:

In the early morning hours of June 25, Facebook user Isael Rojas shared a 5-minute video of the brawl starting when one woman hurled an object at an opposing party at El Paisano Restaurant Y Taquería at 2911 Lombardy Lane in North Dallas. The offense prompted a flare up of hair-pulling and men attempting to diffuse the situation by separating the women.

“One of the main proponents of the bashing is seen in the video fleeing the restaurant in a souped-up sports car moments before authorities arrive.”