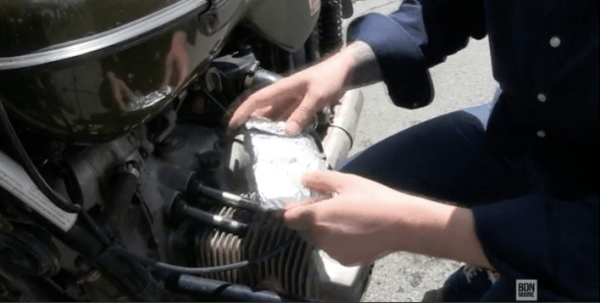 The guys at Been there Done That drove around Portland, Maine with some hotdogs wired to the jugs of an Ural motorcycle. Unsurprisingly, the amazing airhead engine is too efficient at dissipating heat, and the hot dogs don’t get very cooked.

The story behind IMZ-Ural Motorcycles is also pretty cool, both the Soviet-ization of a BMW R71, and the handwork to keep the factory open and making bikes. If you want a bike with a sidecar, they make some cool ones.