Elie Wiesel was a Holocaust survivor, Nobel Peace Prize winner, a prolific author, and an outspoken activist for peace and human rights. He died Saturday, at 87 years old.

I wrote it to get rid of a mood by condensing it and writing it down: the fascinated, uneasy sense of having relocated into the Uncanny Valley without quite meaning to, and the landscape does listen, and didn’t we use to have winters? As catharsis it proved an utter failure, but I think it works as a (partial!) commonplace book of things we’re doing we probably, by and large, should not.

I can’t tell my son how every rich city first envied, and then bought, the ubiquitous automated gun networks the military developed to make occupations safe for the occupiers.

All I can do is hold him tight when he mourns his classmates, and tell him his teachers are right, he should never run when there’s a security alarm.

They are painted white to help cool down the containers, but everybody calls them the Black Ships, just like everybody knows their flags are meaningless. The money for the retrofitted container ships is American and European, and the reason they anchor near the coast of every war and disaster is that they will take passengers for free, but not to either place.

Nobody knows where they take them. But they know what they are running from, and when the containers are nearly full they push their children aboard however they can, and remain on the rafts watching them leave.

They didn’t take my car; they made it forget my hand. For years it had opened to my touch, and only mine.

I sat on the curb and cried.

One day, months later, the bus ignored my face and demanded cash,. The people behind me looked away, embarrassed.

Now I’m standing at the front door of a house that’s asking who I am.

Only the street cameras know me, but they couldn’t care less. I take my gun and try to make them.

But the gun lies inert in the unrecognized palm of my hand.

The two of you are covering the door, guns steady. Only somebody desperate robs a store in an CrowdCop zone of Austin, but this situation is what you downloaded the app for: be close to a crime, respond quickly, protect lives, make a buck.

Somebody runs through the door, and you almost shoot before seeing it’s a fleeing woman, but the other man has already fired. The woman falls. It takes five seconds for your phone to beep: you know what for, but the other man takes one second too long to realize.

This time you shoot first.

They say the last whale wasn’t harpooned: when she knew herself the last, she sang one last song and let herself drown. The last whaler sold a single copy of that song.

Having lost them, we still had recordings, and eventually reconstructed their language. Not one of things but of flowing …read more 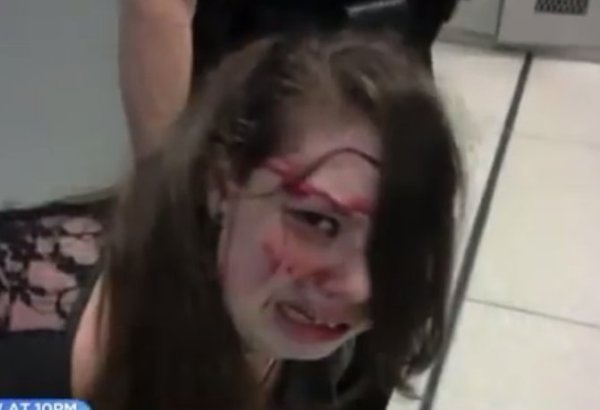 Hannah Cohen is a 19 year old who is being treated for a brain tumor at Memphis’s St Jude’s Hospital, who is “partially deaf, blind in one eye, paralyzed, and easily confused” — and who was subjected to a violent beating during a secondary TSA screening while flying home to Chatanooga for the holidays. How can Chinese novelists convey the sense of unreality of living in a country where raids on the homes of civic officials uncover so much cash that it burns out four bill-counting machines when the police try to tot it up, or when it needs to be weighed by the ton to approximate its value?
(more…) Drones are hot items, but where to start? Check out our assortment of 5 of the best drone models on the market, and get to work building your own aerial armada. And don’t forget to add coupon code DRONE10 for 10% off your purchase of any one of these drones, courtesy of the Boing Boing Store. For stunt flying and ultimate aerial precision, you can’t do better than the SKEYE Hexa Drone. Toss this baby in the air, and its six-propeller design puts it right into the sky – enabling it to pull off some sick tricks. At only $39.99, this is a drone model that can take you from drone pilot beginner to pro in no time. Three flight modes make this smooth limited-edition quadcopter a perfect candidate to help any novice pilot level up. Its diminutive size (just 7 by 5 inches) creates tight nimble flight paths with room for cool aerobatic flips and other maneuvers. And its ultra-slick black matte finish make this unit as stylish as it is amazing to fly.

Just because it’s the world’s smallest precision-controlled quadcopter (less than 2 inches square and weighing a microscope half-ounce) doesn’t mean this SKEYE Nano Drone is any less awesome to pilot. In fact, its quick maneuverability and flip capabilities will have it looping circles around some larger models. Pick one up at 30% off now. The smallest hexacopter on the market, the Chimera uses the latest 6-axis flight control system to maintain a super stable flight. And the included crash pack covers any inevitable “hard landings” that can happen to even the best pilots. Fix ‘er up and get the Chimera Drone back in the air – and at a price 33% off retail at that. The plan is actually surprisingly detailed and well-thought out compared to the guff that usually emerges from the Brexit crowd. I’m beginning to think England will endure! …read more