Today is a big day for NASA. At 8:18pm Pacific, the Juno spacecraft headed for Jupiter will fire off its main thrusters and, if all goes well, begin orbiting the gas giant. It’s a make-it-or-break-it moment and thousands of eyes will be watching the live event. 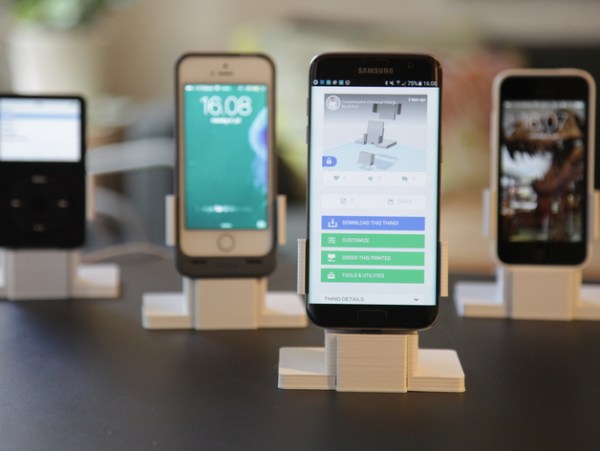 Eirik writes, “I like those old charging docks for mobile phones. But the problem is that you need to buy a new one every time your phone change. And it won’t fit if you use a cover on your phone. So I just designed a dock that can be adapted to almost any phone.”
(more…) 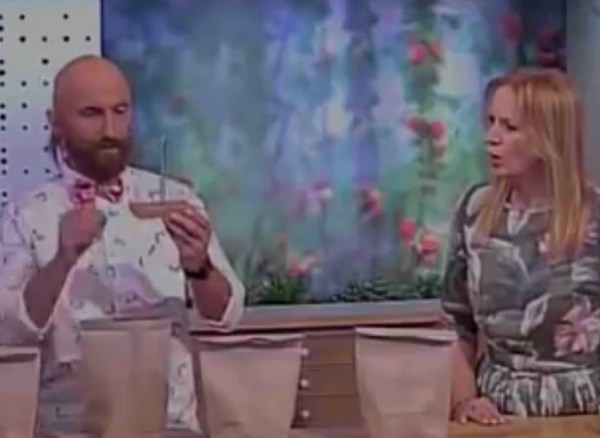 WARNING: A person gets stabbed in the hand in this video.

This has happened again.

Here’s how the spike trick is supposed to work: a magician shows the spectator a large nail mounted on a block of wood. He sets it on the table so the nail is pointed up. Then he covers the nail with a paper bag. He places three identical paper bags next to the bag covering the nail. He turns his back and asks the spectator to shuffle the four bags around on the table so that the magician has no idea which one has the nail. The magician turns around to face the bags, then slams his hand down one a bag. It was empty. He repeats the process until only one bag is left. He lifts the bag to reveal the nail. It’s a nerve-wracking trick.

Recently a magician performed the trick and made a bad mistake, driving the nail through his hand. You can see the photos here. Fortunately, he’s going to recover.

And here’s a video from 2007 that captures another magician stabbing himself. It’s not too graphic, but it is hard to watch anyway because you know what’s coming.

I have no interest in performing this trick. 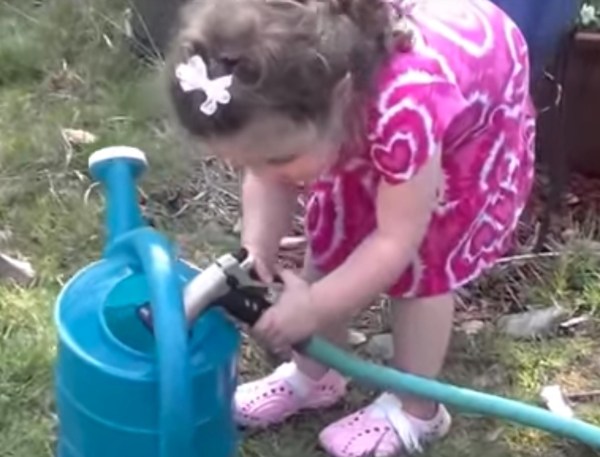 For the first half of the 20th Century, it was common for New York’s libraries to have live-in superintendents, whose families would live on-site in hidden apartments — the last one of these apartments wasn’t vacated until 2006.
(more…) Pavel Astakhov — celebrity lawyer, courtroom TV star, crime novelist, reciter of impromptu religious poetry — has finally met a scandal he couldn’t laugh off: when he met with the children who’d survived a boating accident that killed 14 of their friends, he opened with “So, how was the swim?”

Sailors aboard USS Wasp (LHD 1) laid to rest 20 military veterans and one military spouse during a burial at sea, June 30. …read more

One of Frederick Douglass’s most famous speeches was his 1852 “The Meaning of July 4th for the Negro.”
(more…) More than 48 tons of trash were left by fans of Kenny Chesney attending a concert this week in Pittsburgh—something of a tradition for the country singer. The piles are staggering, the smell appalling: an aftermath so disgusting it has some speculating on how it’s even possible to generate so much trash in such a short amount of time. It’s almost as if it was trucked in and left there to make a point…

As the concert let out around 10:30 p.m. and cars began to clear from the parking lots, a reeking, hulking mass of garbage leftover from the day’s earlier festivities began to appear behind the exodus of country music fans.

Pickup trucks crunched glass bottles underneath tires; fluid from portable toilets overflowed into the street; people covered their noses with their shirts to escape the stench.

“You’re just walking around on a carpet of garbage.” Dozens of drunks were hospitalized and several people arrested, reports the Post-Gazette.

You can hear the pickup trucks exploding the glass bottles on the way out of Heinz Field lots after Chesney show. pic.twitter.com/uQNhuxv8o6

The tonnage is a record, apparently; a Billy Joel concert was attended last weekend by a similarly-sized crowd without event. New Jersey public transit was forced to remove the bugs it had installed on its light rail system after a public outcry, but Baltimore’s buses and subways remain resolutely under audio surveillance, while in Oakland, the cops hid mics around bus-shelters near the courthouses to capture audio of defendants and their lawyers discussing their cases.
(more…)

Nigel Farage, a stock broker who spent years pretending to be a working class lad in a flat cap, has announced that he is quitting as leader of the United Kingdom Independence Party because now that he has “[his] country back” he wants to “get [his] life back.”
(more…) I like Primitive Technology (previously) because his videos are completely free of blather, music and tricky editing. (Here’s an interview with the “mysterious bushman.”) (more…) As this poll has it, with the margin of error taken into account, Trump may receive minus 1.4% of the black vote. [via]

Oslo wanted to host the 2022 Winter Games, but has decided against it because of the International Olympic Committee’s demands for special treatment. The IOC’s imperial arrogance and opulence would be amusing—were it not the tip of an iceberg of corruption and despotism that floats from city to city every two years.

• They demand to meet the king prior to the opening ceremony. Afterwards, there shall be a cocktail reception. Drinks shall be paid for by the Royal Palace or the local organizing committee.

• Separate lanes should be created on all roads where IOC members will travel, which are not to be used by regular people or public transportation.

• A welcome greeting from the local Olympic boss and the hotel manager should be presented in IOC members’ rooms, along with fruit and cakes of the season. (Seasonal fruit in Oslo in February is a challenge …)

• The hotel bar at their hotel should extend its hours “extra late” and the minibars must stock Coke products.

• The IOC president shall be welcomed ceremoniously on the runway when he arrives.

• The IOC members should have separate entrances and exits to and from the airport.

• During the opening and closing ceremonies a fully stocked bar shall be available. During competition days, wine and beer will do at the stadium lounge.

• IOC members shall be greeted with a smile when arriving at their hotel.

• Meeting rooms shall be kept at exactly 20 degrees Celsius at all times.

• The hot food offered in the lounges at venues should be replaced at regular intervals, as IOC members might “risk” having to eat several meals at the same lounge during the Olympics Become a job-ready developer by building a portfolio of real-world apps and interacting 1-on-1 with the best mentors in the field. This training is as robust as it gets, including live instruction and job-hunting assistance, on top of 33+ hours of top-notch video courses from such prestigious institutions as Stanford and Harvard.

Jump into this 12-week curriculum for 92% off, and discover a high-paying, flexible new career path! My latest Locus column, “Peak Indifference”, draws a comparison between the history of the “debate” about the harms of smoking (a debate manufactured by disinformation merchants with a stake in the controversy) and the current debate about the harms of surveillance and data-collection, whose proponents say “privacy is dead,” while meaning, “I would be richer if your privacy were dead.”
(more…)