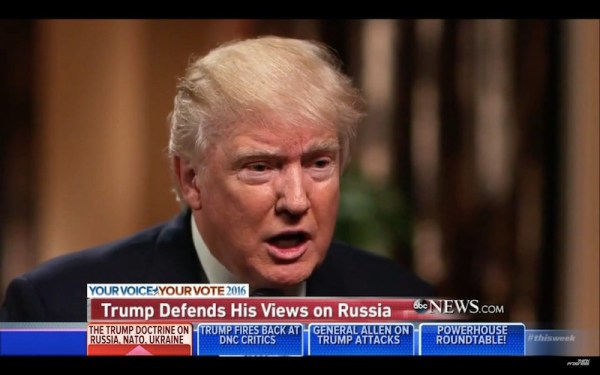 Trump proves yet again how unfit he is to be the next president – and commander in chief – of the United States. In a cringe-worthy ABC interview this morning he tried to educate George Stephanopoulos about a thing or two regarding Russian President Vladimir Putin and Ukraine.

Without missing a beat, Trump tried to cover up. “OK — well, he’s there in a certain way. But I’m not there. You have Obama there. And frankly, that whole part of the world is a mess under Obama with all the strength that you’re talking about and all of the power of NATO and all of this. In the meantime, he’s going away. He takes Crimea.”

Stick to talking about the “Wall,” Donald. That’s what you’re good at.