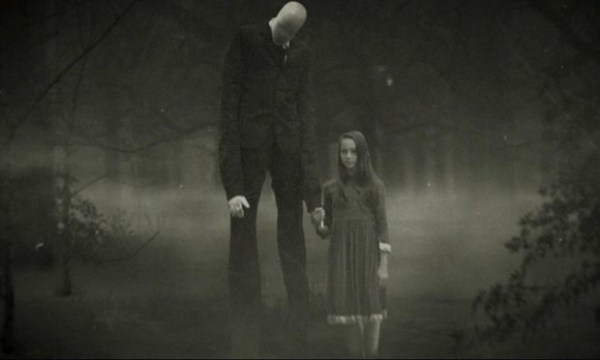 Beware the Slenderman is a forthcoming HBO documentary about the latest incarnation of the bogeyman, including the 2014 story of the two 12-year-old girls who attempted to stab their friend to death as proxies of the faceless, lanky humanoid monster. First manifested on the Internet (and memetically spread into young peoples’ nightmares) around 2011, Slendy is also set to star in his own horror film produced by Sony’s Screen Gems division. (via The Daily Grail)