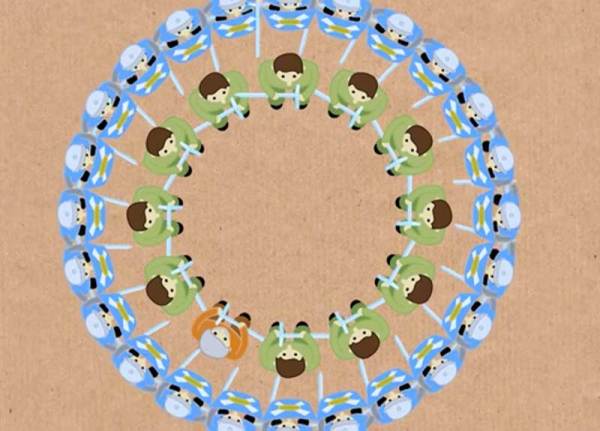 Math problems are more interesting when they are posed as horror stories.

The Josephus Problem gets its name from Titus Flavius Josephus, a first-century Jewish scholar.

The story goes that he was with 40 other soldiers when they were surrounded by conquering Romans – imagine that scene in Games of Thrones, where Ramsay Bolton’s men trap Jon Snow’s army in a tight circle and start moving in.

When the circle of slaughter got back to the start, the process would repeat with the smaller group of people. Finally, the last man alive would fall on his sword.

Josephus’ problem was that he was much keener on living than dying – but he didn’t want to let his fellow soldiers in on that secret. So, where should he position himself in the circle to be the last man standing?