In 1954, a London taxi driver named George King received an extraterrestrial mental telegram informing him that he’s been deemed the voice of the Interplanetary Parliament. Motivated by his new cosmic position, he launched the Aetherius Society to spread the spiritual teachings of extraterrestrial gurus like Buddha, Sri Krishna, Confucius, and Jesus. Sure, why not. King died in 1997 but the Aetherius Society lives on. MEL Magazine‘s Jonathan Parks-Ramage paid them a visit:

“The biggest reason why the Aetherius Society is here, why the Cosmic Masters came to earth, is because the Mother Earth has to change,” Keneipp says. “She’d held herself back for hundreds of thousands of years because she’s providing mankind a home to evolve. She’s been told by the karmic lords that she can no longer hold herself back. And so the big push by the Cosmic Masters is to raise as many people up so that they will be able to get to a point where they will enter a new age here on earth.”

Essentially, the Society’s goal is to lift Mother Earth’s burden with love and prayer, a task helped by descended Cosmic Masters like Jesus and Buddha.

Inspired by his new religion, Keneipp soon abandoned the pre-med program at SIU, deciding instead to moved to Los Angeles in 1978. Keneipp devoted his life to the church, working directly with George King as he expanded his religion. I ask Keneipp what it was like to work for King during those formative years.

His response surprises me. “[King] could be very hard, as you would hear other masters of yoga would be in India. They weren’t politically correct and gooey and friendly. They could be extremely harsh and hard and pull you up. [King] expected you to give the best all the time.”

“Jesus was an alien” (MEL Magazine) 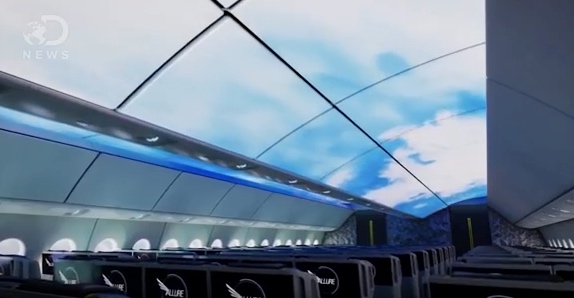 A commercial airline is no Tardis (“bigger on the inside”) but designers and engineers do use several techniques to reduce your claustrophobia in the sky. I take keyboards way too seriously. However, unlike most of you, I’m an engineer. This means I need facts, data, and real evidence before I can form an opinion. And this lack of actual information has always bothered me when it comes to how the keyboard community at large tends to review switches.

Similar in function to charts of speakers’ frequency response, the gauge anchors subjective experience in empirical data that can be verified independently of manufacturers’ claims. There are good and bad sides to this sort of thing. On one hand, it burns off technophile mysticism and helps prevents it from being sold on to low-information consumers. On the other hand, the desire to free phenomena from human experience is futile. Andrew Hussie’s Homestuck was a vast, sprawling, impenetrable, hostile webcomic, and it only become harder to define as its popularity grew and its volume stretched toward a million words…

If you ask a fan, you get a flood of enthusiastic nonsense: It’s… well, it’s a webcomic, but sometimes it’s more like an old-school text-based roleplaying game. It’s about a group of kids who are playing that game, and also cause the end of the world…. It’s about growing up, but there’s also time travel, and of course we can’t forget about the alien trolls! and there’s like, complex four-dimensional romance! and really touching moments, and surreal humor, and so many callbacks, self-references, and running jokes I don’t know what it’s even about except for itself, I mean, the author appears as a character, and then gets killed, and the fourth wall isn’t just broken: fourth walls are a tool used by the characters to travel from the… well, see there are lots of universes, and dream universes-

What it was, writes Ben Tolkin, was the first true work of internet art. Participation in the vast, sprawling, impenetrable, hostile subculture around it was an integral part of the storytelling experience.

Homestuck is the first media directed at people for whom the Internet is a way of life, the constantly connected, information-rich community, rather than the individual viewer. Homestuck may not have been written by all of us, but it was written for all of us; since its beginnings as a forum game, Hussie’s writing can only be read by a team constantly supplying each other with knowledge.

That last line is key: people younger than 35 or so grew up drowning in decontextualized knowledge, an experience fundamentally alien to people who became sentient before the age of Google. When Hussie took a yearlong break to plan the ending, Homestuck’s “moment” passed and didn’t flash back upon his return.

And now that it’s over, you can never experience Homestuck.

Do I recommend Homestuck? Should you drop everything and start reading it?

You can’t. Homestuck is over, and I mean over, not just that it isn’t updating. “Homestuck,” the masterpiece, was the event, the community, the shifting pace of updates, the constant chatter between fandom and author. Homestuck is done. If you missed it, you missed it. It may still be worth reading the comic, but it won’t be Homestuck. Despite the Internet’s ability to catalog forever all pre-existing forms of art, all audio and video and text, humans have a knack for making art out of whatever can’t be preserved. Hussie was a sculptor of communities, and this community has dissipated.

Plowing through the comic itself or buying the print editions is like buying a DVD of Woodstock. It doesn’t matter how well they played or how pretty they were; what mattered was being there.

If you still love the internet, you owe it to yourself to read Tolkin’s review of Homestuck in full. It’s long… but it’s not 800,000 words long. Trump campaigned on “draining the swamp” of the industry insiders who enjoy a revolving door relationship with the regulatory branch, moving from industry to government and back again. But his actions speak louder than his words.
(more…) Aaron Perzanowski and Jason Schultz’s must-read new book The End of Ownership: Personal Property in the Digital Economy (read an excerpt) is not for sale in the Apple ebook store, and won’t be until they agree to change their text to refer to Apple’s ebooks as “iBooks” rather than “iBook.”
(more…) On Naked Capitalism, Gaius Publius parses through Donald Trump’s “100-day action plan” (just the public parts, not the parts leaked by the bumbler Trump wants to put in charge of the DHS), and calls out the few bright spots (killing TPP, improving NAFTA) and the terrifying remainder (accelerating climate change, deploying a national campaign of stop-and-frisk, all but destroying public education).

Since last spring, the “Professor Watchlist” has allowed right-wing students at American universities to anonymously blacklist the professors “who discriminate against conservative students, promote anti-American values, and advance leftist propaganda in the classroom.”
(more…) Realtek’s audio chips — found in Macs and many PCs — can repurpose your laptop’s headphone jack to serve as a mic jack, and capture audio through your headphones.
(more…)

A fraudster’s term of art, “whaling” refers to phishing attempts targeted at “C-level corporate executives, politicians and celebrities” — it’s a play on “phishing” (attacks that trick users into downloading dangerous files or visiting attack sites by impersonating known sources) and “whales” (a term of art from casinos, referring to high-stakes gamblers).
(more…) 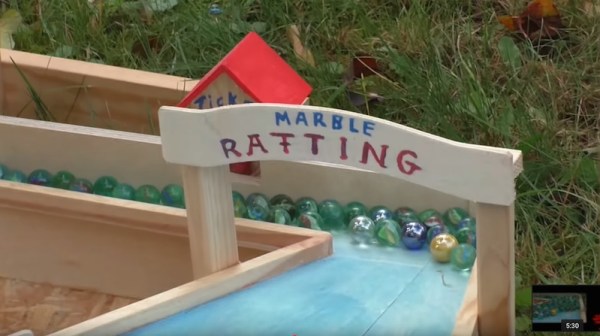 YouTuber Murmiland, aka Ortwin Grüttner, created this one-of-a-kind rafting-themed marble run that takes nearly 3 minutes from start to finish. Follow one yellow marble in a sea of green glass marbles as they cascade down the carved wooden path. Lots of nifty little features. (more…) 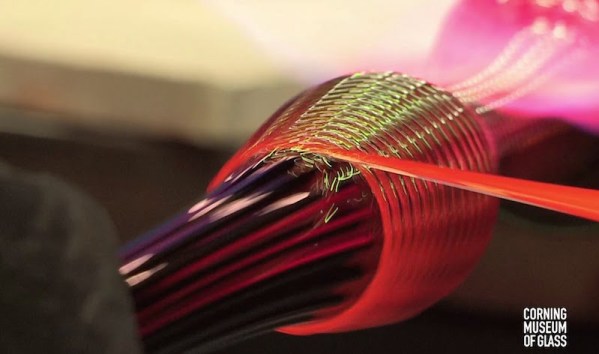 In under an hour, glass artist James Mongrain transforms blobs of molten glass into a stunning green dragon. The choreographed teamwork, the variety of tools, and the interesting narration make this a real treat. (more…) 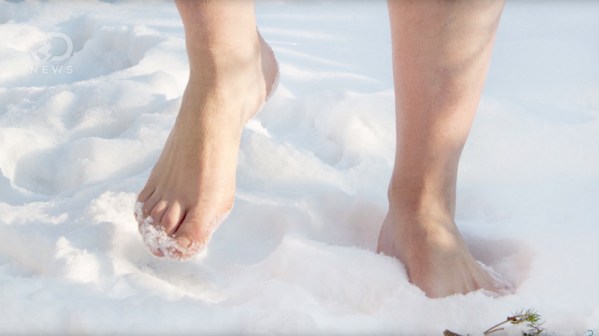 For reasons unknown, up to half of of people who freeze to death are found partially or completely naked. DNews looks into the phenomenon of paradoxical undressing. (more…) 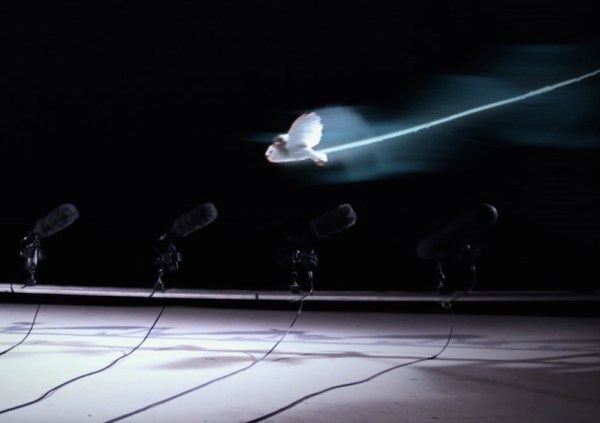 This remarkable demonstration of a pigeon, a falcon, and an owl flying past six extremely sensitive high-end microphones shows just how quiet owls are when they fly. (more…)

This remarkable demonstration of a pigeon, a falcon, and an owl flying past six extremely sensitive high-end microphones shows just how quiet owls are when they fly. (more…) Maybe next presidential election, it would behoove pollsters to check in with flagmakers of Yiwu, China’s main manufacturing center for flags exported to America. One manufacturer told a Chinese video site he knew Trump would win because they were exporting so many more Trump flags. (more…) …read more