My wife and I were at a nice restaurant, eagerly waiting for the chance to order our meals. I salivated at the thought of the barbecue ribs.

A server came to our table and in his chivalrous way, asked Stephanie what she would like to eat first. After taking her order, he said it would be right out and I prepared to order.

As I began to open my mouth, I watched him close his notes. He started walking away without even looking up at me. I quickly yelled out in an insulted tone, “Excuse me, I would like to order as well.”

He turned around, seemingly befuddled over the fact that I spoke.

He apologized profusely as he fumbled through his notes, red in the face, presumably embarrassed at his indiscretion.

The Impression We Create 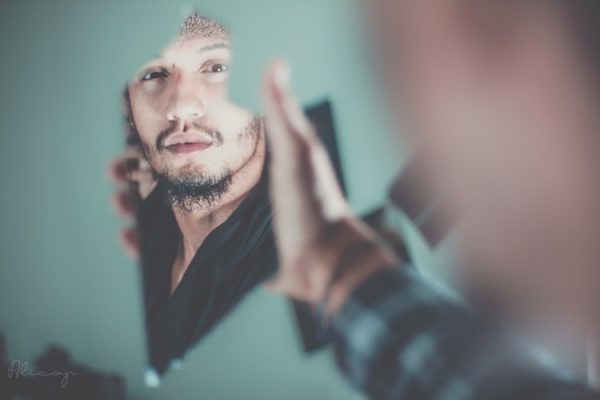 It is situations like this that remind me how different I look to the outside world. A freak car accident left me paralyzed below the shoulders in November 2009. After that, I have been on the journey of a lifetime that goes well beyond the physical limitations.

I launched FlatOnMyBack.com to share the ups and downs of my journey. I aim to give a front row seat to what’s been going on in my mind and the day-to-day experiences I face.
After enough dinners and time out with friends, sometimes shying away from being in public has more of an appeal.

From encountering long stares in public places to overly eccentric smiles, it often feels more convenient to just avoid it altogether. In the eye of the American public, I’m led to feel so otherworldly. It’s simply due to the fact that I physically cannot move certain parts of my body.

Looking through the lens of my new viewpoint has allowed me to reflect on the world around me in a way I never would have thought possible. It is easy to quickly get frustrated when I receive a different treatment or when a kid stares while asking his parents what is wrong with me.

However, it’s often made me reflect on how I’m also guilty of being quick to judge other people’s look. Skin color, dialect, socioeconomic background, and various physical differences all make for a subtle preconceived idea in my head about someone. And the way I treat them often reflects that.

I’ve learned that interacting with just one person, who is in some way different from me, can reshape my worldview when I actually take the time to look beyond the specific difference that sticks out. Why should I hold back an opportunity for someone to experience the same thing when it comes to my paralysis?

Next time, rather than acting annoyed and puffing out my paralyzed chest, I can carry myself in a different way. I hope to garner respect and open up a conversation that breaks stereotypes one person at a time. As each wall gets broken down, people are able to see that a wheelchair and lifeless limbs do not define me.

As I come to expect others to be open to my current difference, I have learned to be open-minded in creating an impression of others. This has made all the difference in the world.

The post I Am Not Ashamed to Be Seen In Public Anymore appeared first on Dumb Little Man.

With U.S. fighter jets flying overhead, President Donald Trump praised the military and reveled in a show of pomp and patriotism on Thursday in a celebration of Independence Day that critics accused him of turning into a political event.

On the afternoon of July 1, before protesters in Hong Kong trashed the city’s legislature and riot police countered with tear gas, there was a moment that captured the city’s state of flux.

A powerful earthquake jolted Southern California on Thursday, touching off fires, damaging buildings and forcing the evacuation of a hospital in a desert town northeast of Los Angeles, but there were only minor injuries.