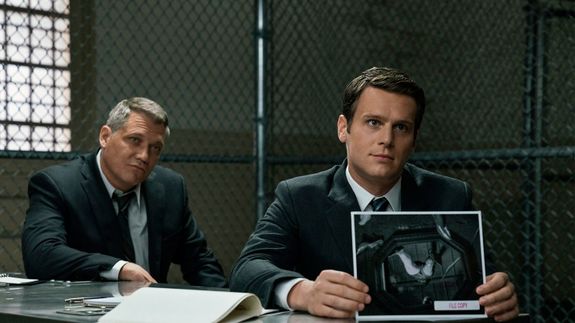 “One more thing – Manson is small. Like, really small. Try not to stare.”

The second season of Netflix’s Mindhunter sees the pioneering murder investigators Holden Ford (Jonathan Groff) and Bill Tench (Holt McCallany) meeting the 5’2″ Charles Manson (as played by Damon Herriman for the second time after his appearance in Once Upon A Time In Hollywood).

The new season tackles the infamous child murders in Atlanta between 1979 and 1981, as well as the Son of Sam killer and the return of Cameron Britton’s horribly magnetic murderer Ed Kemper.