3D printing has become commonplace in the hardware industry, but because few materials can be used for it easily, the process rarely results in final products. A Swiss startup called Spectroplast hopes to change that with a technique for printing using silicone, opening up all kinds of applications in medicine, robotics and beyond.

Silicone is not very bioreactive, and of course can be made into just about any shape while retaining strength and flexibility. But the process for doing so is generally injection molding, great for mass-producing lots of identical items but not so great when you need a custom job.

And it’s custom jobs that ETH Zurich’s Manuel Schaffner and Petar Stefanov have in mind. Hearts, for instance, are largely similar but the details differ, and if you were going to get a valve replaced, you’d probably prefer yours made to order rather than straight off the shelf.

“Replacement valves currently used are circular, but do not exactly match the shape of the aorta, which is different for each patient,” said Schaffner in a university news release. Not only that, but they may be a mixture of materials, some of which the body may reject.

But with a precise MRI the researchers can create a digital model of the heart under consideration and, using their proprietary 3D printing technique, produce a valve that’s exactly tailored to it — all in a couple of hours.

Although they have created these valves and done some initial testing, it’ll be years before anyone gets one installed — this is the kind of medical technique that takes a decade to test. So in the meantime they are working on “life-improving” rather than life-saving applications.

One such case is adjacent to perhaps the most well-known surgical application of silicone: breast augmentation. In Spectroplast’s case, however, they’d be working with women who have undergone mastectomies and would like to have a breast prosthesis that matches the other perfectly.

Another possibility would be anything that needs to fit perfectly to a person’s biology, like a custom hearing aid, the end of a prosthetic leg or some other form of reconstructive surgery. And of course, robots and industry could use one-off silicone parts as well.

There’s plenty of room to grow, it seems, and although Spectroplast is just starting out, it already has some 200 customers. The main limitation is the speed at which the products can be printed, a process that has to be overseen by the founders, who work in shifts.

Until very recently Schaffner and Stefanov were working on this under a grant from the ETH Pioneer Fellowship and a Swiss national innovation grant. But in deciding to depart from the ETH umbrella they attracted a 1.5 million Swiss franc (about the same as dollars just now) seed round from AM Ventures Holding in Germany. The founders plan to use the money to hire new staff to crew the printers.

Right now Spectroplast is doing all the printing itself, but in the next couple of years it may sell the printers or modifications necessary to adapt existing setups.

You can read the team’s paper showing their process for creating artificial heart valves here.

The United States and North Korea are expected to reopen denuclearisation talks soon and they will go well, a senior South Korean official said on Thursday, boosting hopes for progress in negotiations after a prolonged stalemate.

Pun sees himself as a peaceful, middle-class Hong Kong student. Yet since the beginning of June, he has been building barricades and throwing bricks at police, risking his own liberty to fight, as he sees it, for the city’s freedoms.

Pun, 22, was still at the Hong Kong airport on the morning of Aug. 14 after a night of clashes with police, when protesters also controversially harassed two mainland Chinese and caused all flights to be canceled for the day. 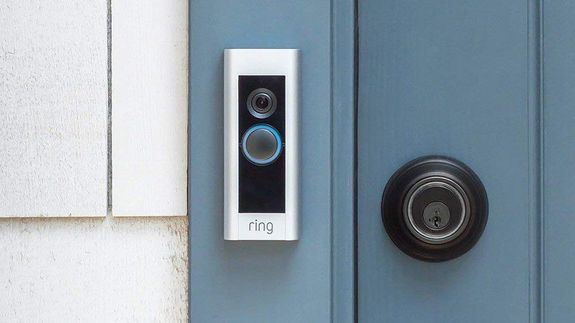 God is always watching — and soon, thanks to Amazon, a bunch of church pastors may join in on the fun.

According to the Baltimore Sun, the Seattle tech giant has partnered with a host of religious leaders to equip Baltimore residents with Ring surveillance cameras. Amazon reportedly helped the group of pastors secure $15,000 to acquire the Amazon-owned cameras that have gained notoriety as a privacy-violating, police-fueled creep show.

Notably, these cameras will not be deployed at physical places of worship — often a sad necessity in an age of rising anti-semitism and white nationalist violence — but rather employed to bust people in the community.  Read more…

The round brings ThredUP’s total capital raised to more than $300 million, including a previously undisclosed $75 million investment that it sewed up last year.

A potentially even bigger deal for the company is a new resale platform that both Macy’s and JCPenney are beginning to test out, wherein ThedUp will be sending the stores clothing that they will process through their own point-of-sale systems, while trying to up-sell customers on jewelry, shoes, and other accessories.

It says a lot that traditional retailers are coming to see gently used items as a potential revenue stream for themselves, and little wonder given the size of the resale market, estimated to be a $24 billion market currently and projected to become a $51 billion market by 2023.

We talked yesterday with ThredUp founder and CEO James Reinhart to learn more about its tie-up with the two brands and to find out what else the startup is stitching together.

TC: You’ve partnered with Macy’s and JCPenney. Did they approach you or is ThredUp out there pitching traditional retailers?

We’re positioned now where we can do this really effectively in-store, so we’re starting with a pilot program in 30 to 40 stores, but we could scale to 300 or 400 stores if we wanted.

TC: How is this going to work, exactly, with these partners?

JR: We have the [software and logistics] architecture and the selection to put together carefully curated selections of clothing for particular stores, including the right assortment of brands and sizes, depending on where a Macy’s is located, for example. Macy’s then wraps a high-quality experience around [those goods]. Maybe it’s a dress, but they wrap a handbag and scarves and jewelry around the dress purchase. We feel [certain] that future consumers will buy new and used at the same time.

TC: Who is your demographic, and please don’t say everyone.

JR: It is everyone. It’s not a satisfying answer, but we sell 30,000 brands. We serve lots of luxury customers with brands like Louis Vuitton, but we also sell Old Navy. What unites customers across all brands is they want to find brands that they couldn’t have afforded new; they’re trading up to brands that, full price, would have been too much, so Old Navy shoppers are [buying] Gap [whose shopper are buying] J. Crew and Theory and all the way up. Consistently, what we hear is [our marketplace] allows customers to swap out their wardrobes at higher rates than would be possible otherwise, and it feels to them like they’re doing it in a more [environmentally] responsible way.

TC: What percentage of your shoppers are also consigning goods?

JR: We don’t track that closely, but it’s typically about a third.

TC: Do you think your customers are buying higher-end goods with a mind toward selling them, to defray their overall cost? I know that’s the thinking of CEO Julie Wainwright at [rival] The RealReal. It’s all supposed to be a kind of virtuous circle of shopping.

JR:  We like to talk about buying the handbag, then selling it, but plenty of people will also buy a second-hand Banana Republic sweater because it’s a value [and because] fashion is the second-most polluting industry on the planet.

TC: How far are you going to combat that pollution? I’m just curious if you’re in any way try to bolster the sale of hemp, versus maybe nylon, clothes for example.

JR: We aren’t driving material selection. Our thesis is: we want to stay out of the fashion business and instead ensure there’s a responsible way for people to buy second hand.

TC: For people who haven’t used ThredUp, walk through the economics. How much of each sale does someone keep?

JR: On ThredUp, it isn’t a uniform payment; it depends instead on the brand. On the luxury end, we pay [sellers] more than anyone else — we pay up to 80 percent when we resell it. If it’s Gap or Banana Republic, you get maybe 10 or 15 or 20 percent based on the original price of the item.

TC: How would you describe your standards? What goes into the reject pile?

JR: We have high standards. Items have to be in like-new or gently used condition, and we reject more than half of what people send us. But I think there’s probably more leeway for the Theory’s and J.Crew’s of the world than if you’re buying a Chanel dress.

TC: Unlike some of your rivals, you don’t sell to men. Why not?

JR: Men’s is a small market in secondhand. Men wear the same four colors — blue, black, gray and brown — so it’s not a big resale market. We do sell kids’ clothing, and that’s a big part of our market.

TC: When Macy’s now sells a dress from ThredUp, how much will you see from that transaction?

JR: We can’t share the details of the economics.

TC: How many people are now working for ThredUp?

JR: We have less than 200 in our corporate office in San Francisco, and 50 in Kiev, and then across four distribution centers — in Phoenix; Mechanicsburg [Pa.]; Atlanta; and Chicago — we have another 1,200 employees.

TC: You’ve now raised a lot of money in the last year. How will it be used?

JR: On our resale platform [used by retailers like Macy’s] and on building our tech and operations and building new distribution centers to process more clothing. We can’t get people to stop sending us stuff. [Laughs.]

TC: Before you go, what’s the most under-appreciated aspect of your business?

JR: The logistics behind the scenes. I think for every great e-commerce business, there are incredible logistics [challenges to overcome] behind the scenes. People don’t appreciate how hard that piece is, alongside the data. We’re going to process our 100 millionth item by the end of this year. That’s a lot of data.