The beauty of podcasting is that anyone can do it. It’s a rare medium that’s nearly as easy to make as it is to consume. And as such, no two people do it exactly the same way. There are a wealth of hardware and software solutions open to potential podcasters, so setups run the gamut from NPR studios to USB Skype rigs.

We’ve asked some of our favorite podcast hosts and producers to highlight their workflows — the equipment and software they use to get the job done. The list so far includes:

For three seasons, Panoply’s “Family Ghosts” has explored the deep, dark and true mysteries that have haunted families for generations. Show creator Sam Dingman is a Moth Grand Slam Winner, who also served as the producer for the popular podcasts “Bad With Money” and “You Must Remember This.” 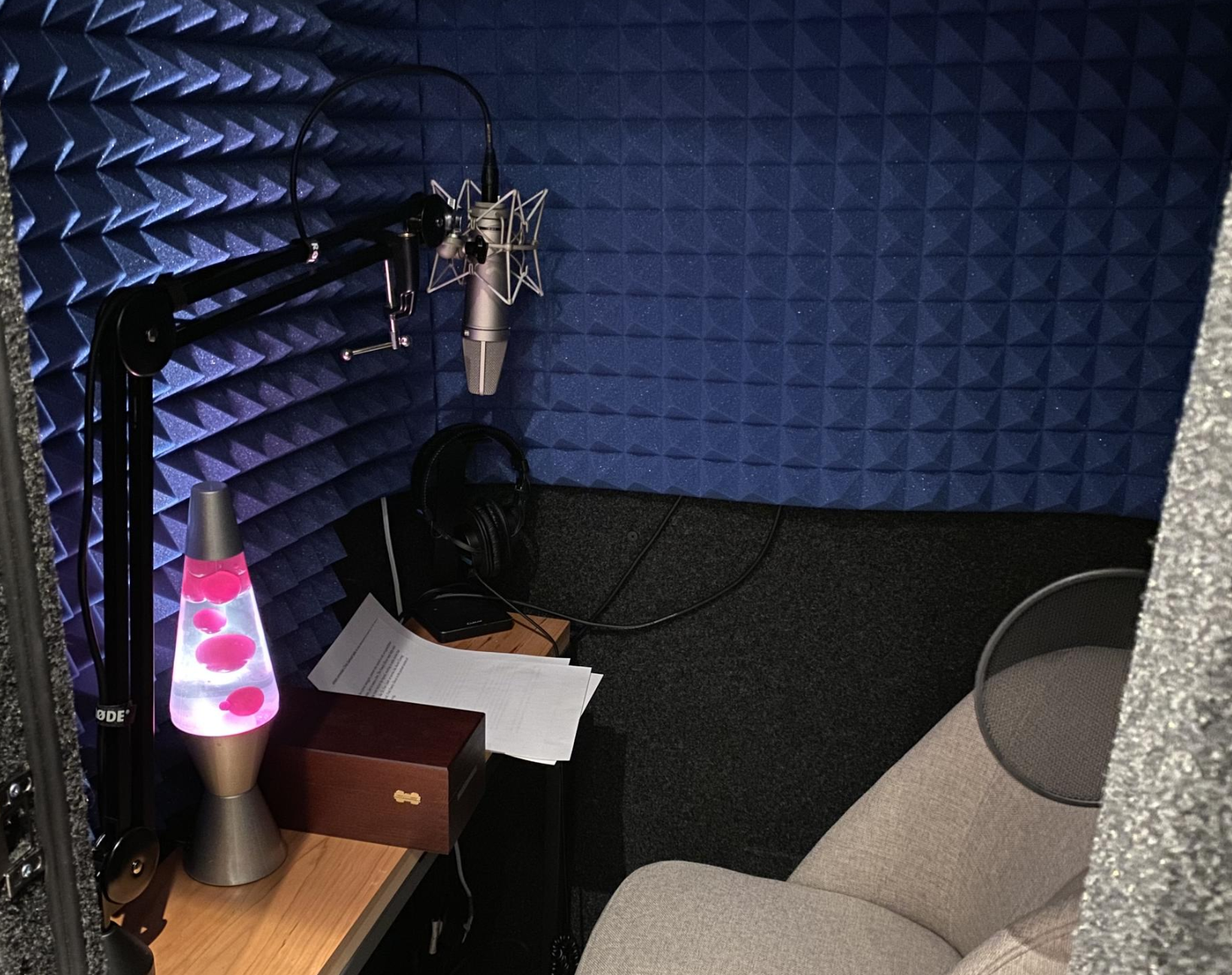 I fell in love with podcasts in 2009, during the depths of my bizarre tenure as a customer support rep at an ill-fated software concern (RIP LimeWire). My job was to answer the phone and tell irate users who’d contracted viruses from illegally downloading music (read: porn) that we didn’t give refunds. Podcasts were a welcome reprieve from this firehose of outrage, and before long, I got up the nerve to start one of my own. I proceeded to fritter away entire workdays combing through recording forums (shout-out to Gearslutz!) and Googling pictures of radio studios, lusting after large diaphragm condenser mics and palpitating over preamps.

Unfortunately, all I could afford was an Audio-Technica AT2020 USB mic — which led to a series of initial recordings which were as spirited as they were unintelligible: 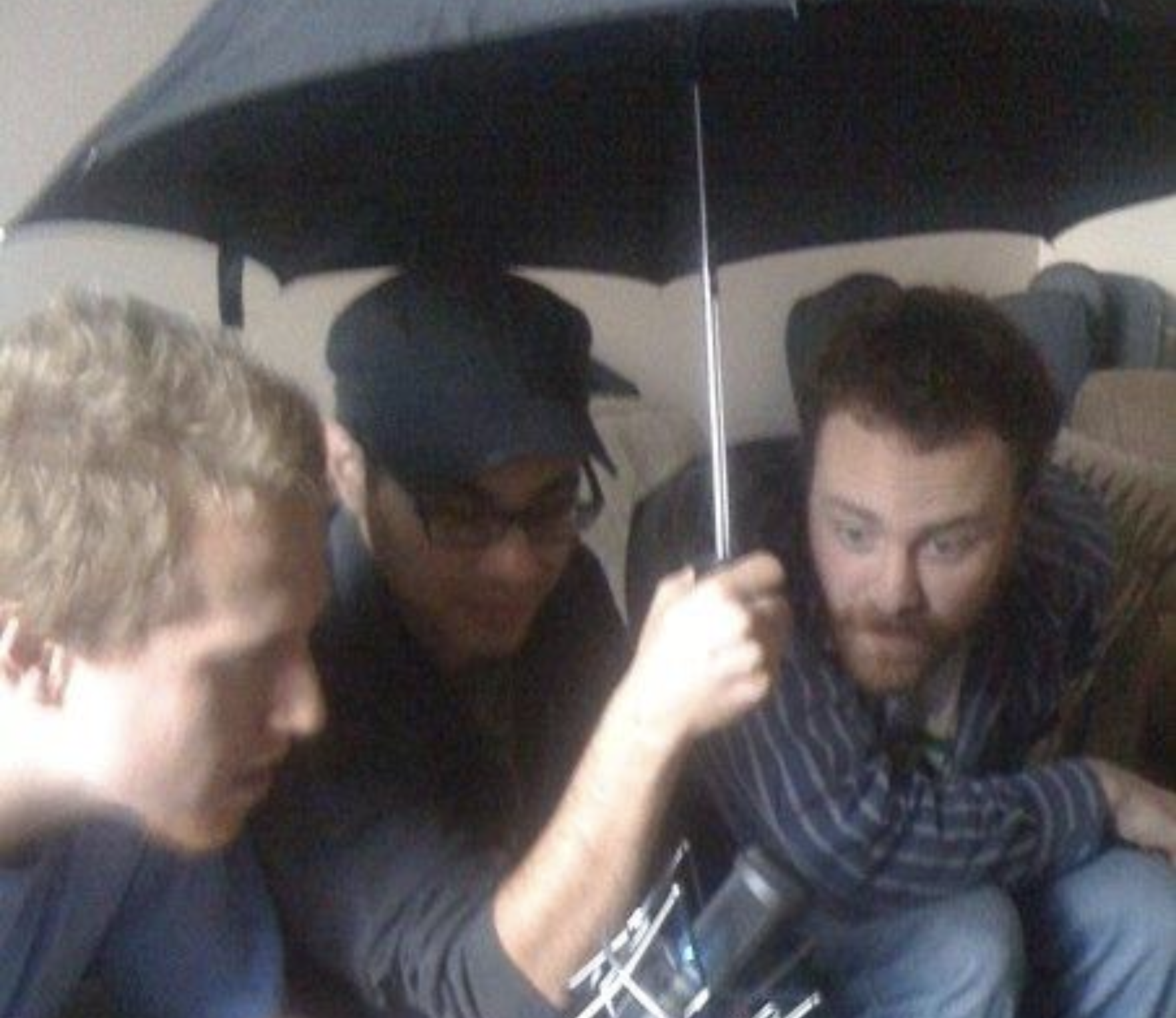 [A recording session for my (mercifully) short-lived first podcast, circa 2009].

Thankfully, I’ve learned a lot in the ensuing 10 years, and have also, via the grace of the audio gods, somehow acquired enough of a production budget to build my own studio space in a cozy basement studio in Greenpoint, Brooklyn. Earlier this year, my friend Alan and I spent two truly endless days in said basement attempting to decipher the instructions for constructing a Whisper Room, where I now record all of the narration for “Family Ghosts,” soothing my constant fear that the whole thing is going to collapse on my head with the calming presence of a magenta lava lamp.

My starry-eyed Googling at LimeWire convinced me that a Holy Grail vocal chain could be achieved via the pairing of a Neumann U87 mic with the rich analogue circuitry of a Great River ME-1NV preamp, and I accordingly sprung for both as soon as we got the last screw turned on the Whisper Room. Every time I take the Neumann out of its wooden jeweler’s box for a recording session, I whisper “Hello, Magic Mic.” The Great River sits on my desk with its stately black knobs and austere gain meter, and I love the warmth and nuance it imparts upon the voices that flow through it. 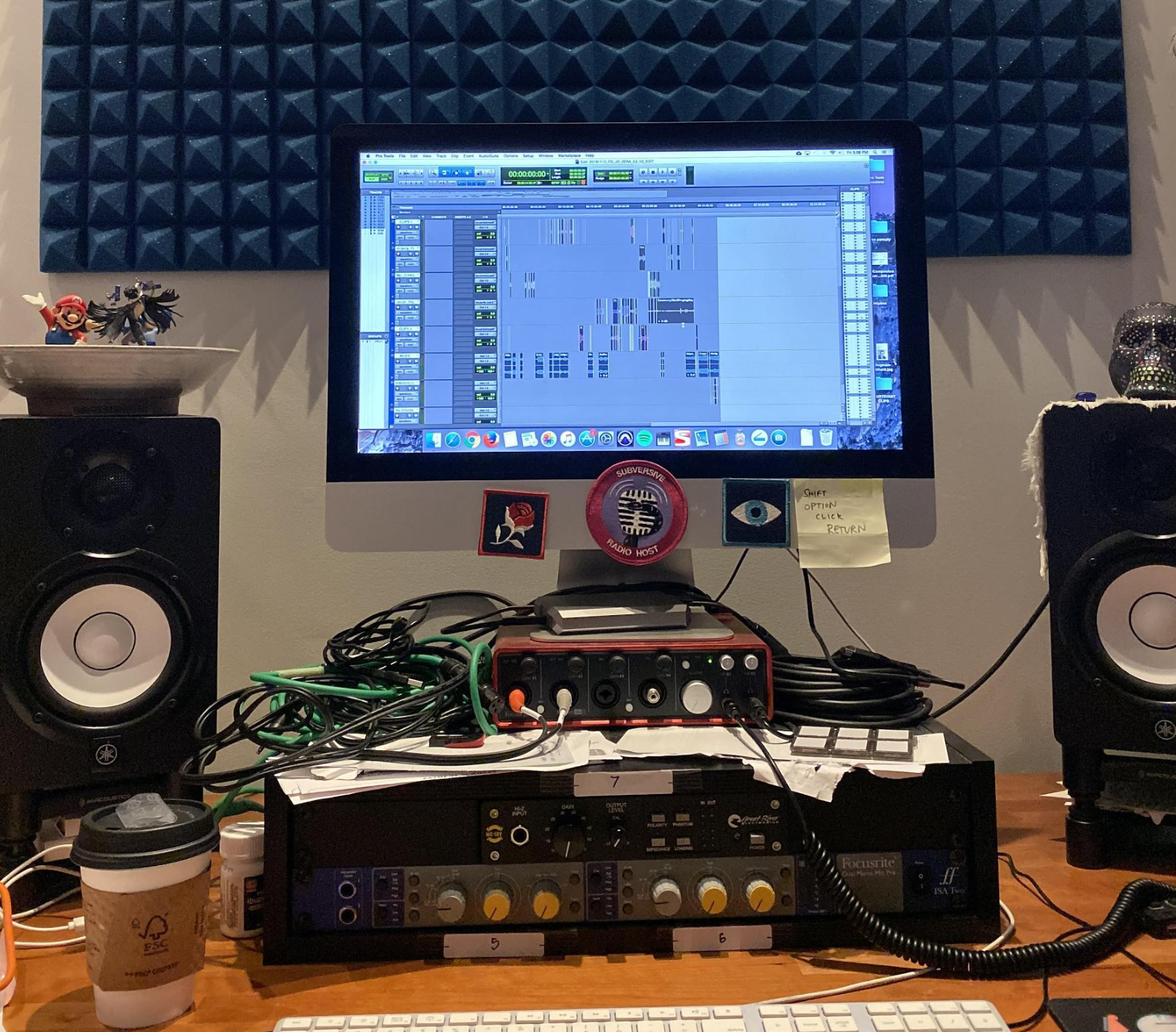 Of course, recording narration in the Whisper Room is only half the battle for a “Family Ghosts” story — when I’m not in the studio, I’m usually lugging around a backpack full of my field recording gear: a Zoom H5 digital recorder, two Rode NTG2 shotgun mics, two desktop mic stands and XLR cables, a wall adapter and extension cord so that I don’t have to worry about draining the batteries on the Zoom during long interviews, a pair of Sony MDR-7506 headphones and a stereo ¼” -to-⅛” cable, which allows me to record good-quality phone interviews on the Zoom.

Then I bring the whole works back to the basement in Greenpoint, load the audio into Pro Tools, fire up the lava lamp, buy some coffee and obsessively re-arrange waveforms into the wee small hours of the night, forever grateful that I somehow found a way to leave the screaming customer service calls behind.

Boeing Co said on Monday it would suspend production of its best-selling 737 MAX jetliner in January, its biggest assembly-line halt in more than 20 years, as fallout from two fatal crashes of the now-grounded aircraft drags into 2020.

Boeing Co is expected to continue burning cash despite pausing production of its 737 MAX jet, as it will leave its workforce intact and likely provide support to suppliers, analysts said. 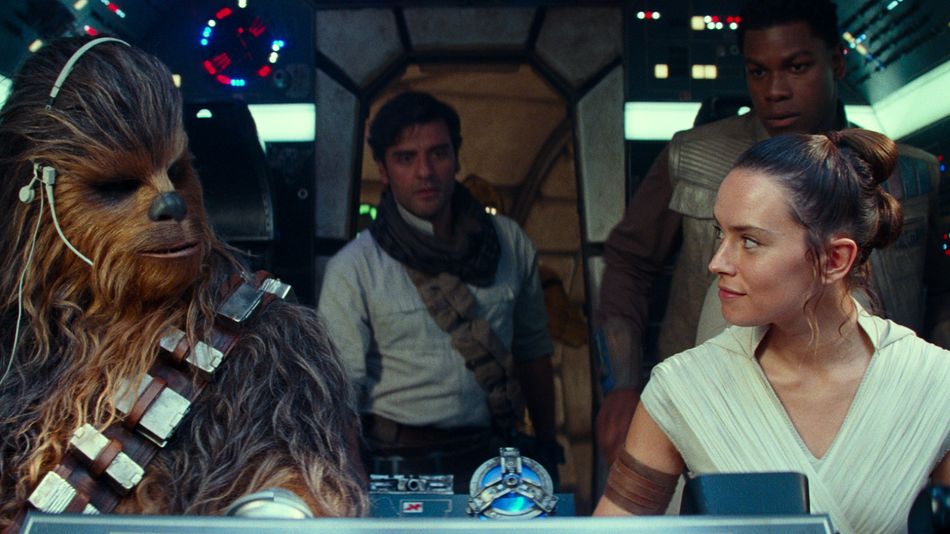 Some people who are not you have now seen Star Wars: The Rise Of Skywalker, and those people seem to have enjoyed it.

Of course, we won’t know its true legacy until a small handful of folks have collectively decided whether it is suitably respectful of their personal feelings and opinions.

It looks like it might take a while for everyone to work out their feelings, but here are some snap judgements from people who literally just walked out of the premiere, which was in Los Angeles on Monday night.

None of these tweets are spoilers, but just know this: The phrase “a lot” is popping up… a lot. Read more…

nCinga, founded in 2014, offers an IoT platform to enable real-time production monitoring on factory floors and data analytics tools. Its acquisition is one of Sri Lanka’s largest tech exits in recent times, the two said.

Zilingo, which has built several pieces of supply chain — manufacturing, logistics, payments, etc for retailers and brands, said it will deploy the Sri Lankan startup’s Manufacturing Execution System (MES) software across its network of 6,000 factories and 75,000 businesses.

Ankiti Bose, co-founder and chief executive of Zilingo, said, nCinga’s product has helped the startup “drastically improve” efficiency and drive insights by digitizing the shop floor. “Their work has been crucial to our mission of creating a transparent, sustainable, economically viable and socially responsible apparel supply chain,” she said.

Zilingo “has long” been a client of nCinga, she said.

Retailers continue to struggle with meeting consumer demand for fast, responsibly produced products due to inefficiencies and information asymmetry, said Zilingo, which is steps away from becoming the latest Southeast Asian unicorn. The acquisition will enable it to help customers in the United States, Europe and Australia, where brands traditionally lack transparency over supply chain and manufacturing processes, it said.

Zilingo will also help to expand the reach of nCinga’s software to core fashion manufacturing markets such as Bangladesh, India, Vietnam, Indonesia, Thailand and Turkey. In a statement, nCinga chief executive Imal Kalutotage said the startup “hopes to do great things together.”

The announcement today comes weeks after Zilingo said it planned to invest $100 million to expand its supply chain in the U.S.

It’s unclear how much capital nCinga had raised prior to today’s announcement. According to Crunchbase, nCinga’s last financing was its seed round five years ago.