These Stuffed Bell Peppers are such a classic. They’re made with a mix of ground beef, rice, onions, tomatoes, and spices. No need to pre-cook the filling — just stuff, bake, and serve!

Few activities have stood the test of 2500 years. Today we still have running, music, writing, swimming and… mindfulness meditation (among scarce others).

Such ancient interests that are still practiced today have a good reason for thriving so many centuries later. But while our ancestors could feel the benefits of meditation, they didn’t have the luxury of modern science to support their claims; it seemed to improve their lives, so they kept doing it.

A Harvard neuroscientist and her team wanted to determine whether meditation can change the brain over the long run.

Amazingly, their research found that 50-year-old meditators had the same amount of gray matter (brain cells) as 25-year-olds in the prefrontal cortex (a key brain region used for decision-making and memory), which normally declines with age. The scientists concluded that “regular practice of meditation may slow the rate of neural degeneration.”

Meditation has also been shown to fight age-related cognitive decline and even slow cellular aging. While most peoples’ memory and other brain functions decline as they get older, these effects aren’t seen to the same degree in long-term meditators.

See Also: The Profound Effects Of Meditation On The Mind

Your read that right: After just four days of training in mindfulness meditation, participants in one study found painful hot sensations to be 57% less unpleasant on average.

This may sound too good to be true, but there’s solid neuroscience to suggest why. As you learn to meditate, your brain can begin to separate the physical sensation of pain from your emotional reaction to it. Most of the suffering we experience, scientists have found, is a result of our psychological reaction, rather than the pain itself.

See Also: Easing Back Pain: 7 Things You Can Do To Promote Comfort

Gain back half of your waking life

Harvard researchers found that we spend an average of 47% of our days lost in thought. That’s nearly half of your waking life spent in some kind of mental simulation, daydreaming about the future or past. And the same study found that many of those thoughts are negative!

Mindfulness meditation can help you regain presence and spend less time mind-wandering. As you practice, you’ll spend more time immersed fully in whatever you’re doing and get more out of your life.

This isn’t something that can be studied in the lab, but it’s one of the first benefits that every meditator notices at some point.

Having sat for some time directing your attention inward during mindfulness meditation, you’ve trained in the art of self-awareness (or what psychologists refer to as “introspective metacognitive awareness”). To put it one way, your mind gets good at observing itself.

This benefit doesn’t just help others, who have to deal with less of your annoying habits, but it’s also a fast path to self-improvement. Us humans are the only species on earth with this skill of “5th degree metallization,” the mind’s capacity to become aware of its own processes.

Inflammation is a major underlying cause of many illnesses, including depression, heart disease, acne, and fatty liver disease. While most people look to decrease inflammation by going on a special diet or exercising, there’s another option available that takes just a few minutes each day.

Studies have confirmed meditation’s ability to help diminish inflammation. Because of the mind-body connection, mindfulness meditation benefits your body’s health as well as your brain.

The modern world is full of things that stress us out, from traffic jams to an unreturned text message. But your brain often can’t tell the difference between those minor issues and a lion attacking you on the savannah, as it sets into the motion the fight-or-flight response.

When you meditate, the brain goes from active beta brainwave states to slower and more rejuvenating alpha and theta brainwaves. One of the first things you’ll learn to activate on command is a state of deep relaxation that you can spend more of your time immersed in.

Nobody likes getting sick, and oftentimes we think of washing our hands as the best preventative.

But it turns out there’s another way to help bolster a healthy immune system. Some of the top meditation researchers in the world, including Richard Davidson, Ph.D. and Jon Kabat-Zinn, Ph.D. found that eight weeks of mindfulness meditation training significantly increased key antibodies compared to a control group.

Sleep is something that’s often viewed as a waste of time… until we get a bad night’s sleep and realize how important it is for mental clarity, mood, and productivity.

And while some people try to use various cocktails or drugs to knock themselves out, oftentimes they are just knocking themselves out rather than actually sinking into a restful state.

Better to do it the old-fashioned way with an ancient practice that’s been the hero of our story: mindfulness meditation. In a randomized clinical trial, meditation significantly improved sleep quality and lessened fatigue.

How much would you pay for a “magic pill” that accomplished all of the same benefits of mindfulness meditation? But all it takes is a few minutes each day. And if you’ve tried meditation but it didn’t seem to work, it’s likely that you weren’t taught correctly.

So if you feel like getting all of these benefits for yourself, here’s where to start:

The Best Way to Learn Meditation

Many people find it best to learn from a professional app, where they can meditate on-the-go and access some of the world’s best instructors in their pockets at any time. But most of the apps provide only surface-level instruction and are trying to make a quick buck.

That’s why we recommend one app in particular, the FitMind meditation app, which was created with the help of neuroscientists and monks and takes a more in-depth approach to meditation. Unlike the other apps, you’ll learn over 50 different methods, progressing from beginner to advanced techniques.

FitMind teaches this same program at Fortune 500 companies, like Amazon and Uber, and was recently named the #1 meditation app for better sleep and less stress by CNET.

If you’re trying to start a meditation practice or take your current practice to the next level to reap the full benefits of mindfulness meditation, we recommend giving the FitMind program a shot.

Rajeev Suri, the chief executive of Nokia, is stepping down from his leadership role after overseeing the Finnish networking giant for more than half a decade. Pekka Lundmark, the outgoing President and CEO of energy firm Fortum, has been elected as the President and Chief Executive Officer of Nokia, the Finnish company announced on Monday.

The networking giant said Suri had expressed his intention to step down from the role and that they have been working to formulate a smooth transition. “After 25 years at Nokia, I have wanted to do something different,” said Suri, who will leave his current position on August 31 and continue to serve as an advisor to the Nokia Board until January 1 next year. Lundmark is expected to start in his new role on September 1 this year.

The announcement comes days after Bloomberg News reported that Nokia was exploring a range of strategic options including selling portions of its business assets to merger potential merger deals.

“Nokia will always be part of me, and I want to thank everyone that I have worked with over the years for helping make Nokia a better place and me a better leader. I leave the company with a belief that a return to better performance is on the horizon and with pride for what we have accomplished over time. Pekka is an excellent choice for Nokia. I look forward to working with him on a smooth transition and wish him the best success in his new role,” said Suri, in a statement.

The company, like its rivals Ericsson and Huawei, is building technologies and products for 5G networks. But some analysts have argued that Nokia’s move to buy Alcatel-Lucent, maker of communications systems, distracted it from becoming the market leader for 5G networks-compatible products and technologies.

“With the acquisition of Alcatel-Lucent behind us and the world of 5G in front of us, I am pleased that Pekka has agreed to join Nokia,” said Risto Siilasmaa, Nokia Board Chair, in a statement.

Nokia’s Technology unit, which manages the company’s patent portfolio, reported 3% growth in its operating profit to 1.24 billion euros ($1.35 billion) in 2019, while its sales slipped 1% to 1.49 billion euros. The company’s future prospects received a boost after U.S. Attorney General William Barr urged the nation and its allies last week to consider investing in Nokia and Ericsson to counter Huawei’s dominance in 5G technology, fueling speculation of merger and acquisition activities.

The company’s board said in Lundmark, it is getting a leader who has “consistently delivered robust total shareholder returns, successfully renewed the company’s strategy, and positioned it to be a strong player in the transforming global energy sector.”

In a statement, Lundmark said, “together we can create shareholder value by delivering on Nokia’s mission to create the technology to connect the world. I am confident that the company is well-positioned for the 5G era and it is my goal to ensure that we meet our commitments to our customers, employees, shareholders and other stakeholders.”

This is a developing story… 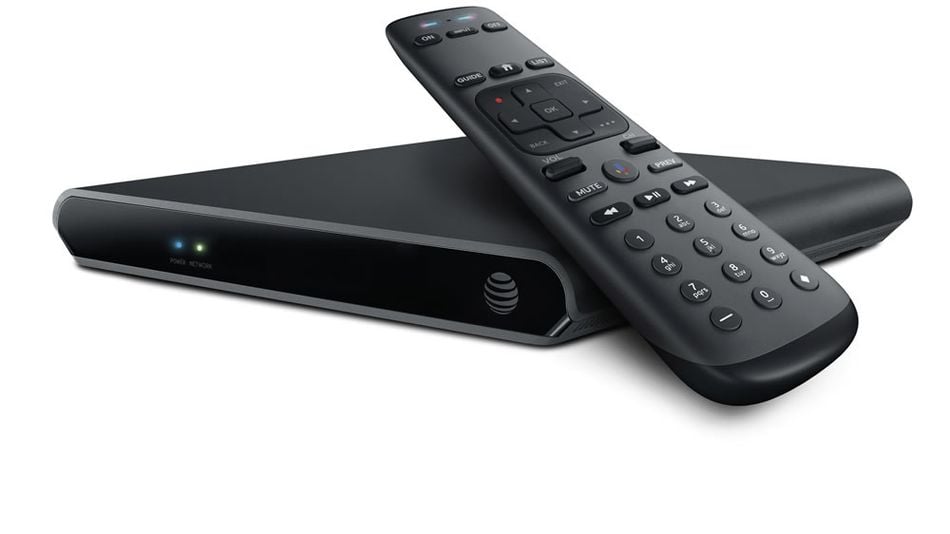 AT&T TV expertly blends old-fashioned live TV with streaming apps, but it can’t escape all of the pitfalls of the cable and satellite experience.

Streaming was supposed to help us cut the cord, but all it’s done is create new problems for folks who want to catch live TV. Most available options are either too expensive or can’t fully recreate the experience of sitting on a couch, aiming your remote at your TV, and settling in for a couple of hours of lazy channel surfing. Read more…

More about Tv, Streaming, At T, Live Tv, and Phones