Get those mushrooms ready to cook! Here’s how to wash and cut them—plus a few hacks for even quicker prep.

Continue reading “How To Clean and Prep Mushrooms for Cooking” »

Eating disorders can have many forms and they are incredibly common these days. The problem does not target a specific gender or age. It can affect anyone regardless of who they are.

Nonetheless, teenage girls are the demographic category most likely to develop an eating disorder. Researchers claim that an estimated number of 30 million people go through Anorexia Nervosa, Bulimia Nervosa, Binge Eating Disorder, or other deviant eating behaviors in their lifetime.

However, the number has been increasing recently. Some associate this fact with the popularization of social media, drawing close connections between the two. But how exactly are social media and eating disorders connected?

Unrealistic expectations in regards to the body image 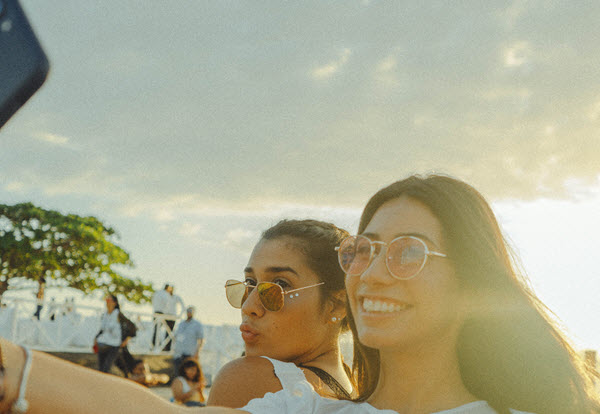 Social media is often the place for people to show themselves in the good light instead of their real selves. Most of the content posted online, both textual and visual, are altered in some way to appear more flawless and close to being ideal.

Long before social media became a thing, images of celebrities and models shown on magazines and televisions were retouched to look perfect. It has been overcome in recent years by people finally realizing that this is a requirement of commercial photography and videography.

However, when it comes to social media, it becomes a problem.

In the past, only a handful of people had the skills to professionally photoshop pictures. Nowadays, editing software has become accessible to everyone. It became extremely easy to alter pictures on mobile devices.

With the use of filters and in-app tools, anyone can make themselves look the way they want. They can fool people that they have clearer skin, higher cheekbones, and tinier waist. And with today’s technology, it is hard to tell the real and the fake images apart.

People start changing tiny details that do not have much effect on the final image. However, step-by-step editing becomes addictive. Eventually, social media users end up altering their appearance to such a point that their photos no longer look like them. Moreover, their photos become way too unrealistic.

This is harmful to both the person who uses the editing apps and those who see the final version of the photo on their feed.

The first ones develop severe body image issues. They feel pressured to match the image they have created which is essentially impossible. This pushes these people to restrict themselves food-wise and adopt unhealthy eating behavior. If left unattended, this could lead to extreme cases of eating disorders.

The latter ones are affected in a similar way. By seeing such content online, they start questioning their personal appearance and become feeling self-conscious. They want to look as flawless as the person they saw on the internet. Subsequently, they start paying much closer attention to their diet and physical activity. This, in essence, is not a bad thing. However, considering the fact that the results they are interested in are impossible to achieve, they might get frustrated. They may end up developing obsessive behaviors since they are too focused on this issue.

These days, a lot of people use social media as a platform for selling products. While some of them work, others are just clearly questionable.

It does not necessarily have a direct connection to eating disorders, but can definitely be detrimental for overall mental stability. It can cause the development of insecurities related to an individual’s appearance.

In the past, such products were mostly advertised on television and in the press. Today, however, with the world rapidly transcending into the virtual plane, marketers have accordingly adjusted their strategy to fit the modern realities. Instead of publishing ads in the newspapers, they turn to famous and popular bloggers or the so-called social media influencers.

Depending on the content the aforementioned influencers share, the average age of their target audience may vary. Nonetheless, the majority of active followers are often teenagers and children on the verge of entering their puberty stage. This age group is the most vulnerable to the effects of what they see online. They try hard to emulate the behavior of the people they look up to.

A number of psychologists claim that at such tender age, teens are more inclined to look up to someone well-liked. They perceive them to have more authority.

Usually, teenagers find a role model outside of their family and circle of friends, most frequently among celebrities. By co-operating with these celebrities (who often are large social media influencers), companies gain access to a big number of easily affected customers.

This is dangerous as it is, but is even more dangerous if slimming and weight loss products are the subject of aggressive marketing.

Usually, the social media influencers who are chosen to promote the products are already fit and toned. They have achieved this look through working out and/or plastic surgeries as opposed to using the weight loss product they advertise.

Teenagers, the category that is most prone to developing eating disorders, start believing that weight loss products are a necessity to achieve the desired look. They purchase them, entering the vicious circle of rapidly developing self-consciousness.

Those products, however, rarely work as advertised. They don’t even bring the anticipated effect. This brings teenagers (or other mentally vulnerable people) to focus on achieving the results in other ways, often much harsher and unhealthy.

They become hung up on the idea of losing weight at all costs. This eventually leads to the adaptation of inadequate and dangerous eating habits.

This problem is unfortunately intrinsic to almost all major social media channels. It happens even though those platforms recognize the aforementioned actions as harmful and are actively trying to fight against it. 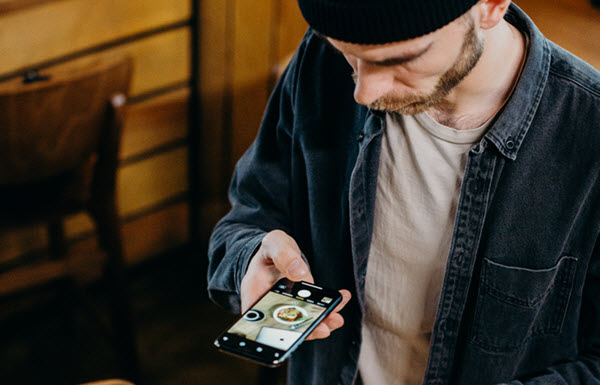 On a number of occasions, people who already have an eating disorder are trying to use the powers of social media to find like-minded individuals. For them, it’s a form of a coping mechanism.

This leads to the creation of thematic groups dedicated to eating disorders that frequently surpass the stage of being ‘therapeutic’ and end up being propagandist.

People worship destructive eating behaviors which has a huge effect on those who may be prone to developing an eating disorder. Moreover, by joining the aforementioned groups, people often see such deviant behavior as normal. They see other people practice it and they stop seeing it as something bad.

Social media grants a certain degree of anonymity to its users. Unfortunately, a lot of people abuse it and utilize it to be offensive to others.

Cyberbullying is a huge issue in the modern world. While it does not necessarily have a direct impact on the development of eating disorders, it can definitely play a role in it as a side factor.

The post The Link Between Social Media and Eating Disorders appeared first on Dumb Little Man. 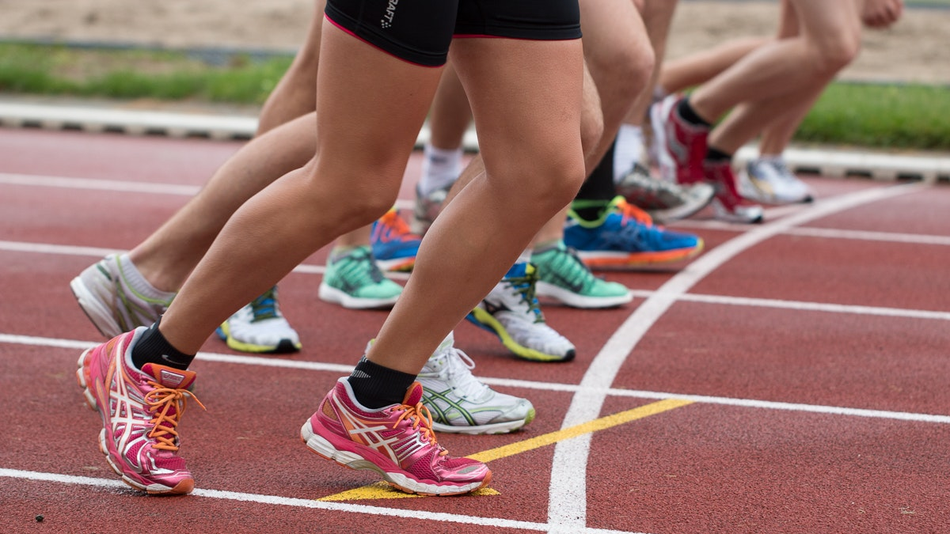 Running is really difficult, and we wouldn’t recommend trying it. Seriously, we think you’re much better off staying inside in the warmth and comfort of your own home.

We know about the health benefits of exercise, but is it really worth all that discomfort? We’re not convinced, but the fact that running has been found to significantly reduce stress, improve heart health, and alleviate symptoms of depression does make you think.

SEE ALSO: 10 of the best running watches in the UK

Some researchers even think that running may be beneficial because it’s something we’re evolved to do. The human body might be designed for endurance running, but the last time we checked we’re not facing a significant threat from predators, nor do we have to run for hours to chase down tonight’s dinner.  Read more…

Hoka One One Mach

Hoka One One Mach running shoes ensure that you’re comfortable thanks to the fabric lining, synthetic insole, and plenty of cushion.

The shoe that hit the headlines for all the right reasons.

Engineered to maintain the durability, flexibility, comfort, and adaptability that runners crave.

Popular model from a brand that’s loved by long-distance runners.

Beginners looking for some extra support from their shoe should consider Saucony.

BEST FOR THE GYM

Plush running shoes that are best suited to the gym.

Former Vice President Joe Biden notched sweeping victories on Tuesday, with wins in four of the six states holding contests in the race to select the Democratic presidential nominee to take on Republican President Donald Trump in November.

As U.S. coronavirus cases rose steadily, the White House and Congress negotiated measures on Tuesday to bolster the U.S. economy and Americans’ paychecks against the outbreak’s impact, although there was no immediate sign of a deal.

Just days ago, Y Combinator announced that its upcoming Demo Day event would be moving online due to “growing concern over COVID-19“. The event, previously planned to span across two days at San Francisco’s Pier 48 building, would instead be hosted entirely online on March 23rd.

In a blog post on the change, Y Combinator CEO and partner Michael Seibel cites an “accelerated” pace from investors in recent days as having encouraged the move:

Over the last few days, a large number of investors have accelerated their outreach to our current batch of founders. They are moving quickly to make investment decisions, and we’re going to match their pace and accelerate our schedule by one week. YC W20 online Demo Day will now be on March 16.

On March 16, the YC Demo Day website will go live, a modified version of the website that investors and founders have used over the past five years. Through the website, investors will have access to a single-slide summary, a short description of the company, and a team bio. They can sort companies by industry and geography, and will be able to export the list of companies to a spreadsheet.

While YC initially said that the pitches each company traditionally does live onstage for Demo Day would be “pre-recorded and released to all investors at the same time,” the announcement of the sooner-than-expected Demo Day only mentions slide summaries, company descriptions, and team bios — suggesting plans might have changed a bit to accommodate the new schedule. Y Combinator confirmed to me that the Demo Day site will not have video presentations.