MINNEAPOLIS — The Twin Cities convulsed with chaos for a third straight night of violent unrest Thursday in the wake of the Memorial Day death of George Floyd as he was being restrained on the neck by a Minneapolis police officer.

Late Thursday and early Friday, rioters invaded and set fire to Minneapolis police’s Third Precinct headquarters and for a second overnight, torched and looted many other buildings in the Lake Street corridor, many of them housing small businesses with minority owners.

The unrest got the attention of President Donald Trump, who tweeted he “can’t stand back & watch this happen to a great American City, Minneapolis.”

© Provided by Fox 6 Now – LocalNewsRSS Powered by Microsoft News Trump added that he had talked to Minnesota Gov. Tim Walz “and told him that the military is with him all the way. Any difficulty and we will assume control but, when the looting starts, the shooting starts.”

About 1:30 a.m. Friday, Mayor Jacob Frey, who previously had held news conferences to denounce Floyd’s death and call for the arrest of the officers involved, held one to address the chaos of the past three days.

“Earlier this evening, after receiving real-time information from (Police Chief Medaria) Arradondo and after having numerous phone calls with him involving the situation at the Third Precinct, it became clear that there were imminent threats to both officers and the public,” Frey said. “I made the decision to evacuate the Third Precinct. The symbolism of a building cannot outweigh the importance of life, of our officers or the public. Brick and mortar is not as important as life.”

Frey said it became clear by Wednesday that Minneapolis police needed help, and that help came from the State Patrol and the National Guard callup. He reiterated his support for calls made by Arradondo and the Minneapolis Fire Department on responses to the violence and fires.

Frey repeated his passionate calls for help from the community: “We need to make sure that people are looking out for our city right now.”

Asked about Trump’s tweets, which also criticized him, Frey said, “Weakness is refusing to take responsibility for your own actions. Weakness is pointing your fingers at somebody else at a time of crisis. Donald Trump knows nothing about the strength of Minneapolis.”

© Provided by WRCB-TV – LocalNewsRSS Some of the 500 National Guard troops deployed earlier in the day by Walz to assist police and the State Patrol — the first deployment for a civil disturbance in 34 years — went to the Third Precinct to try to make it safe for firefighters, but just after midnight, little firefighting was able to take place, with rioters remaining in the area, throwing projectiles and according to one witness, shooting bullets into the building.

The city of Minneapolis tweeted a warning to stay away from the area around Hiawatha Avenue and Lake Street: “We’re hearing unconfirmed reports that gas lines to the Third Precinct have been cut and other explosive materials are in the building. If you are near the building, for your safety, PLEASE RETREAT in the event the building explodes.

In the space of a few minutes late Thursday, priority 1 calls related to the unrest poured in to Minneapolis police: A gunshot victim walked into HCMC. Squads were dispatched to break up fights between looters and business owners near N. 42nd and Lyndale avenues.

Across the Mississippi River in St. Paul, looting, fire and vandals had damaged about 170 buildings by night’s end, police said.

One man was spotted smashing a boulder into an ATM at Big Top Liquors on W. University Avenue. And around 1:35 p.m., about a block from Minnesota United’s Allianz Field, Deryck Miller of St. Paul witnessed a shooting.

“A gentleman pulled out a gun and started shooting in this direction, and a person got out of that black car and ran away,” said Miller, who was helping a friend who owns an automotive shop in the Midway neighborhood. “It’s just been crazy out here.”

Miller estimated that 90% of nearby businesses had been looted. By evening, a nearby NAPA Auto Parts store had been set on fire. Metro Transit suspended all bus and light-rail service through the weekend. Target ordered 24 area stores to close until further notice.

The worst-struck parts of the Twin Cities had the feel of a cat-and-mouse game. When a police vehicle pulled up to a strip mall in St. Paul’s Midway neighborhood, where a large crowd had smashed windows of a Verizon store, a Noodles & Co. and a Vitamin Shoppe, the crowd immediately scattered, only to re-emerge elsewhere.

Police formed a barricade in front of a Target there. But no officers were at the T.J. Maxx store a block away, so looters smashed the door down and fled with shoes and clothing piled on shopping carts.

Earlier Thursday, county and federal prosecutors expressed disgust at Floyd’s killing while pleading for the public’s patience as they conduct an investigation and mull whether to charge Derek Chauvin, the police officer whose knee was pressed to Floyd’s neck as he died, or the other three officers present.

The Hennepin County medical examiner mirrored that call for patience, saying an autopsy to determine a cause and manner for Floyd’s death cannot be rushed — even as protesters demanded that Chauvin swiftly be charged with murder.

“I will not rush justice,” said Hennepin County Attorney Mike Freeman. “We have to do this right. We have to prove this in a court of law. … Please: Give me and give the United States attorney the time to do this right, and we will bring you justice — I promise.”

All day, Thursday felt like a continued push and pull between city and state authorities pleading for calm and protesters fed up with the systemic racism they believe Floyd’s killing represents.

There were also glimmers of hope Thursday. Scores of community members showed up in the Lake Street Target parking lot for a massive cleanup. Forces of restoration took over the spot where rioters had encamped hours before. National civil rights leaders appeared at protests: Jesse Jackson sported a sign saying, “Cowards kill the unarmed,” while Al Sharpton met with local leaders and protesters. Artists painted a mural of Floyd’s smiling face outside the Cup Foods grocery store on Chicago Avenue where he was killed.

“We feel,” she said, referring to the black community in Minneapolis and nationwide, “as if there was a knee on all of our collective necks — a knee that says, ‘Black life does not matter to the institutions that dictate what happens in this culture and society.’ … Until we name this virus, this disease that has infected America for the past 400 years, we will never, ever resolve this issue.”

On Thursday, officials released the transcript of the 911 calls linked to Floyd’s death. A 911 operator received the call at 8:01 p.m. Monday from a clerk at Cup Foods about a man, later suspected to be Floyd, who had bought cigarettes with fake money.

The caller reported that the man was outside in his car and “is awfully drunk, and he’s not in control of himself.”

After obtaining a physical description of the man and a vehicle associated with him, the operator said, “All right, I’ve got help on the way. If that vehicle or that person leaves before we get there, just give us a call back, otherwise we’ll have squads out there shortly, OK?”

“No problem,” the caller replied.

Police arrived and detained a handcuffed Floyd on the pavement as he begged to be allowed to breathe. Medics arrived and took Floyd to HCMC. He was unresponsive and lacking a pulse when he arrived. 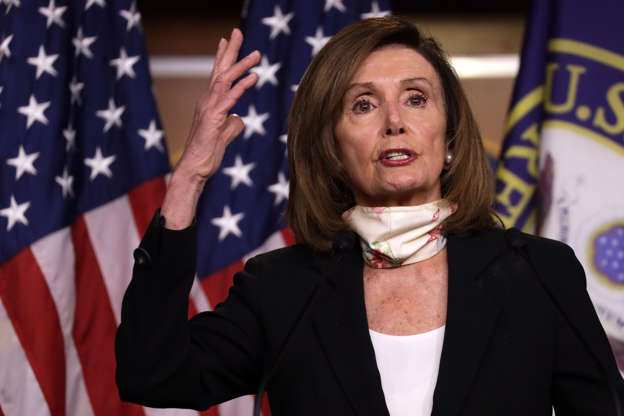 Ready to bake but out of yeast? No worries, we have you covered! Peruse this selection of sweet and savory, no-yeast bread and biscuit recipes. You’ll find banana bread, beer bread, and soda bread. When you’re done with those start on the biscuits and cornbread!

Stock markets dipped and safe-havens such as bonds and Japan’s yen firmed on Friday, as investors awaited Washington’s response to China tightening control over the city of Hong Kong.

Peaceful rallies gave way to a third night of arson, looting and vandalism in Minneapolis on Thursday as protesters vented their rage over the death of a black man seen on video gasping for breath while a white police officer knelt on his neck. 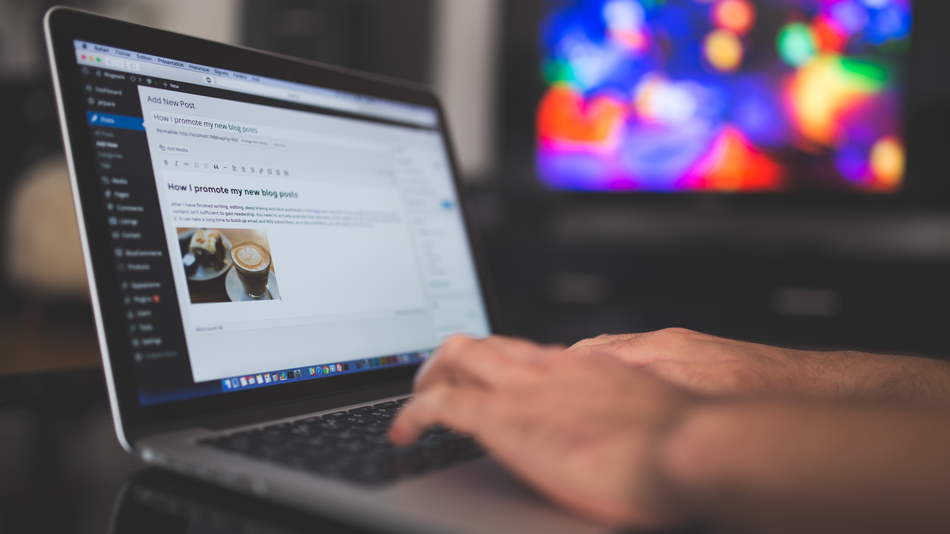 There’s a good reason why Squarespace is an incredibly popular web building and hosting service: it allows people to build beautiful websites relatively easily and affordably, thanks largely to its drag-and-drop page builders and templates.

While Squarespace might offer less flexibility for experienced coders than other website builders like WordPress, it is user friendly, even if you have zero coding experience. That’s largely because it offers around 100 different and customisable templates. These templates act as “rough draft” designs for you to build the website you want, determining how your site looks and how it works. Read more…

With a modern, asymmetrical design, this template is a great all-around choice for bloggers.

With a clean and fresh feel, this template is great if you want flexibility and multiple sidebars.

With easy social media integration and location display, this clean, scrolling page template is a natural choice for travel bloggers.

If your blog includes lots of stunning photography, this mosaic-style template is a great way to display it.

With a big banner image, text on the homepage, and recent posts featured below, this template is a solid choice for food bloggers.

With a long, scrolling homepage, this template allows you to weave blog posts with banner photographs to create a visually-appealing website.

Not only is this a clean and streamlined magazine-style template, but it’s also great if you have multiple writers contributing to the blog.

Magic Leap talked a big game, and few were more responsible for fostering a cult of hype and excitement around its vision of the future than the company’s founder and CEO Rony Abovitz. Today, the CEO announced that the company has indeed secured a new bout of funding, but that the company will be attempting to mount a major turnaround without him at the helm.

According to a memo sent to staff, first obtained by Business Insider, Abovitz will continue on with the company through a transition period but that the company has been “actively recruiting candidates” to replace him.

“We have closed significant new funding and have very positive momentum towards closing key strategic enterprise partnerships,” the staff memo reads. “As the Board and I planned the changes we made and what Magic Leap needs for this next focused phase, it became clear to us that a change in my role was a natural next step. I discussed this with the Board and we have agreed that now is the time to bring in a new CEO who can help us to commercialize our focused plan for spatial computing in enterprise.”

The announcement comes after the augmented reality startup announced substantial layoffs earlier this month and announced that it would be pivoting from developing consumer products to fully focusing on its enterprise business. It was reported earlier this month that Magic Leap had locked down an additional $350 million in funding which would help the startup avoid further layoffs.

The startup has raised billions of venture capital funding under Abovitz’s tenure, but the startup has also undergone plenty of hurdles as they attempted to outdo Apple, Microsoft and Facebook in the race to create a mainstream AR device. Abovitz always seemed to have a consumer focus for his company, so it’s unsurprising that the company’s board would look elsewhere as the company shifts focus to enterprise.

What happens if Magic Leap shuts down?