Waymo and Fiat Chrysler Automobiles have inked a deal to develop and test autonomous cargo vans and other light commercial vehicles designed to shuttle goods. The agreement is an expansion of a partnership that kicked off four years ago with a focus on self-driving Pacifica hybrid minivans meant to transport people.

The deal is the latest example of Waymo’s efforts to build out the delivery arm of its autonomous vehicle technology business. The two companies said the initial plan is to integrate Waymo’s self-driving stack — the suite of software and hardware that allows the vehicle to operate without a human behind the wheel —into FCA’s Ram ProMaster vans. These self-driving cargo vans will be used by Waymo Via, the company’s trucking and local delivery service.

However, it appears that the terms of the deal could extend far beyond Waymo Via. It’s possible that FCA could supply other transport companies with the self-driving vans (equipped with Waymo tech) through a licensing deal.

The companies said the partnership actually covers FCA’s entire portfolio of vehicles. The agreement between FCA and Waymo also extends to future affiliates, according to those familiar with the partnership. This point matters because FCA and French automaker Groupe PSA are in the process of merging into a newly formed corporation called Stellantis. If the 50-50 merger closes as expected in the first quarter of next year, the agreement would theoretically include all the brands that fall under Stellantis.

As broad as the Waymo-FCA agreement might be, the automaker has sought out other partners in the autonomous vehicle industry in varying capacities. FCA’s approach to rapid advancement of autonomous vehicle technology is to focus on vehicle-side needs while establishing smart and strategic collaborations that promote a culture of innovation, safety and know-how, the automaker previously told TechCrunch.

Last year, FCA and autonomous vehicle technology startup Aurora announced a partnership that was also focused on light commercial vehicles. FCA said it had signed a memorandum of understanding with Aurora, an agreement that has since run its course, a spokesperson said. The two companies are still working on custom-built Pacifica hybrids, which Aurora is using in its testing, but they are not co-developing autonomous commercial vans.

“Over the last eighteen months, Aurora and FCA have collaborated closely in the specification, design, and development of custom-built Pacificas into which we’ve integrated the Aurora Driver,” Aurora said in an emailed statement. “Aurora looks forward to deploying our self-driving solution on FCA’s passenger and commercial vehicles.”

FCA is also supplying self-driving vehicle startup Voyage with purpose-built Pacifica Hybrids that have been developed for integration of automated technology. These vehicles come with customizations such as redundant braking and steering that are necessary to safely deploy driverless vehicles.

While Waymo has publicly talked about its ambitions for self-driving trucks, local delivery vans and even personal car ownership, the ramp-up of its Waymo One robotaxi service in Arizona has largely overshadowed those plans.

Waymo first integrated its self-driving system into Class 8 trucks and began testing them in Arizona in August 2017. Those tests stopped sometime later that year. The company didn’t bring back its truck testing to Arizona until May 2019.

Those early Arizona tests were aimed at gathering initial information about driving trucks in the region, while the new round of truck testing marked a more advanced stage in the program’s development, Waymo said at the time.

Waymo’s trucking program has had a higher profile since June 2019 when the company brought on 13 robotics experts, a group that includes Anki’s co-founder and former CEO Boris Sofman, to lead engineering in the autonomous trucking division. 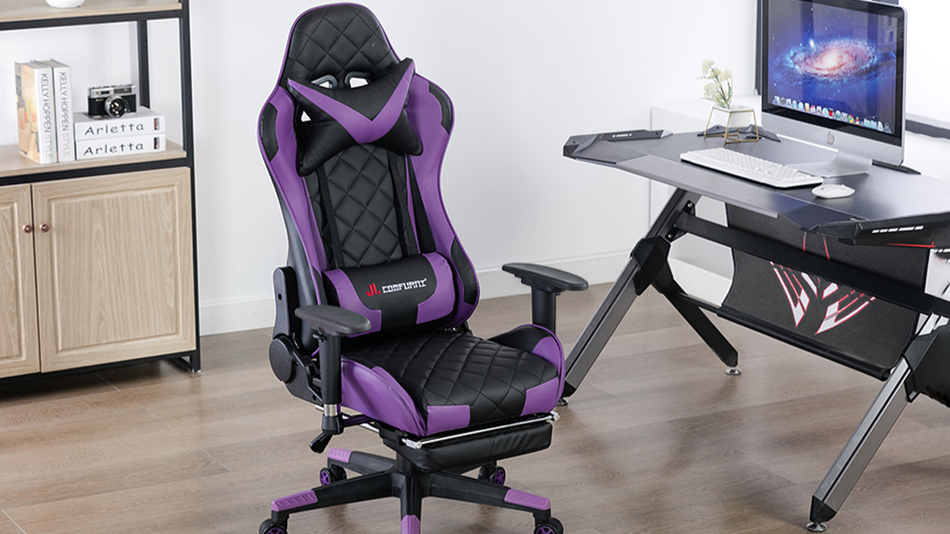 Gaming isn’t an inactive hobby. While maneuvering a controller, keeping an eye out for enemies, and sitting for hours, your body is in fight-or-flight mode. Whether you play for leisure or stream full-time, a gaming chair can help you perform and stay comfortable during lengthy sessions.

One size doesn’t fit all when it comes to gaming chairs, though. There are ergonomic-style chairs and chairs with additional cozy fixings, such as foot rests. Regardless, it can be hard to find the best gaming chair for your digital entertainment needs. Before you drop major cash on a gaming chair, there are a few things to consider. Read more…

BEST FOR BACK PAIN

The Millhouse chair is made from high quality leather with thick padding to ensure total comfort.

The height and armrest angle can be adjusted individually with the JL Comfurni gaming chair.

The solid steel construction enables you to play comfortably for years to come.