When you’re playing a role-playing game, you often seek to be immersed in its world. Apart from seeing all the wonderful sights, one of the core elements in many RPGs is their soundtrack. To say that there have been tons of RPGs that have epic soundtracks on them is an understatement. We can fill this list with just JRPGs if that’s the case.

However, we’ll try to cast the net wider, so to speak, in order to cover a variety of musical gems in different titles within the gargantuan RPG genre. Here are the best original RPG soundtracks:

Final Fantasy X has one of the most memorable original soundtracks in any game, let alone an RPG. Legendary composer Nobuo Uematsu is known for his musical contributions to the Final Fantasy franchise, and Final Fantasy X is no exception. Uematsu masterfully orchestrates his wonderful sound of whimsy, adventure, danger, and hopefulness in every song in Final Fantasy X.

In terms of capturing the whole islandic and South Pacific vibe that Spira evoked, Final Fantasy X’s soundtrack reels you in – from the first time you hear To Zanarkand, to the moment when you reach the shores of Besaid and other locales, up to the epic random battles (and one particularly awesome boss battle), the songs and melodies of this world will surely remain with you even after you have finished the game.

While we’re here, we also need to include Chrono Trigger in the list of best original JRPG soundtracks. Nobuo Uematsu and Yasunori Mitsuda combine their musical expertise in this game, resulting in a truly fantastic masterpiece.

Chrono Trigger is highly considered by many as one of the must-play classic JRPGs, and it’s not hard to see why. Chrono Trigger has one of the best gameplay, stories, and characters in the genre, and the soundtrack further enraptures players into its world.

From the songs Peaceful Days, Memories of Green, and to the iconic To Far Away Times, Mitsuda and Uematsu’s music exemplifies the sheer excitement you would feel as you control Chrono, Marle, and company to different dungeons, castles, and other fantastical worlds.

If you’re looking for a funkier and modern mesh of sonically catchy and toe-tapping music in your RPG, look no further than Persona 5. Composed by Shoji Meguro, ToshikiKonishi, Kenichi Tsuchiya, Atsushi Kitajoh, and RyotaKozuka, with vocals by Lyn Inaizumi, Persona 5’s soundtrack perfectly captures the setting of the game. Some of the memorable tunes of the game include Wake Up, Get Up, Get Out There, Life Will Change, and Phantom.

The game lets you control a wily group of high school students who set off on wild fantastical adventures. That’s why Persona 5’s original soundtrack feels exactly like what a teenager living in modern-day Tokyo who juggles exploring the Metaverse, ridding it of malevolent intent from the hearts of adults while trying to maintain a relationship with friends and keeping his grades up in school would listen to.

You feel like you are Joker, and as him, you can see yourself listening to these funky, upbeat, and highly stylish songs on your music player.

Now, you might wonder why we’ve listed Metal Gear Solid in this list. While we acknowledge that when you say RPG, you think of many JRPG titles, we also need to include western RPGs, and Metal Gear Solid 3: Snake Eater has to be part of games that have the best original soundtracks.

Set in the 1960s at the height of the Cold War, you play Naked Snake and are tasked to rescue a Russian rocket scientist who is creating a superweapon and thwarting the threat of the imposing and diabolical Cobra Unit from using the superweapon and starting World War 3.

Such a plot feels like a spy movie, and Metal Gear Solid 3’s soundtrack perfectly sets the tone. The game starts with the eponymous Snake Eater theme song, written by Norihiko Hibino and performed by Cynthia Harrell.

Its magnificent score sounds like the intro theme of a James Bond movie, and the succeeding soundtracks further enhance the sense of danger, and the corresponding stealth and cunning you need to complete your mission.

The pulse-pounding music that suddenly plays when you are spotted by enemies, the suspenseful boss fight themes, on top of the amazing ambient sounds of the Russian wilderness where you will spend a good portion of the game, further pulls you into the narrative that yes, you are Naked Snake, and you have to complete your mission in order to save countless lives.

Finally, we wrap this list with The Elder Scrolls 5: Skyrim. As far as immersing yourself in a dynamic world of high fantasy, Skyrim has that covered and then some. When it comes to setting the tone for an epic story and adventure, few soundtracks can deliver in such a magnificent way than Skyrim’s original musical scores.

As you go about in your adventures as the Dragonborn, each different track that plays when you enter a town and interact with its many denizens, explore ancient crypts, and defeat many Frostbite Spiders and Draugr, Skyrim’s soundtrack is right there with you and making you feel like you’re actually in that world. You feel the liveliness of towns, the creepy, damp crypts, and dungeons.

One of the best in-game fight themes always happens whenever you encounter a dragon. When a Dragon is near, whatever in-game song that’s been playing slowly fades, and it is replaced by the intro of war drums.

As you try to look around and finally see the Dragon soaring above you, or when it finally lands near you, the Dragonborn Song finally starts, signaling that an epic battle between Sword, Fangs, and Claws is about to happen. And once you finally vanquish the Dragon, the epic Dragonborn song also slowly fades, as if it’s declaring that you are victorious.

Such is the power of Skyrim’s soundtrack – it swells at just the right moments during your many adventures in the game to make it even more unforgettable.

And that’s the list of the five best original RPG soundtracks. There are many exciting and sonically-immersive RPG games you can download and play such as the ones listed above. 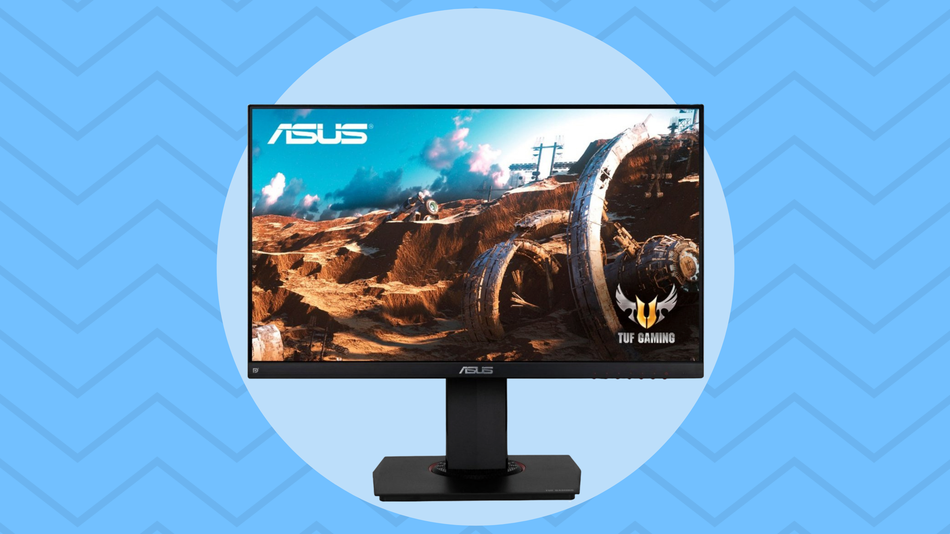 SAVE UP TO 20%: PC monitors from brands like Samsung, LG, and HP are on sale for Black Friday, saving you up to 20% on list price.

Gaming is about so much more than the console, controller, and game. Obviously, all of this is important, but the visuals are also key.

Amazon has launched a wide range of deals on monitors as part of its Black Friday Week sale, meaning you can take your gaming experience to the next level for less. You can find deals on all the biggest brands, including the likes of Samsung, LG, HP, and Dell.