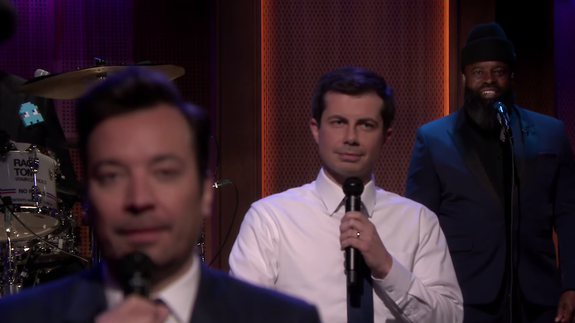 Pete Buttigieg is hoping to smooth his way to the presidency.

The mayor of South Bend dropped into The Tonight Show on Monday night, where he joined Jimmy Fallon for another edition of “Slow Jam the News,” in which he spent his time talking about his platform and what kind of president he’d aim to be.

Of course, the segment was made famous by Barack Obama, who did the slow jamming thing in the final months of his presidency back in 2016.

Buttigieg didn’t just talk over the sounds of a sleazy-sounding synthesizer, he also spoke to Fallon about his ambitions, and the fact that Trump compared Buttigieg to MAD magazine’s Alfred E. Neuman. Read more… 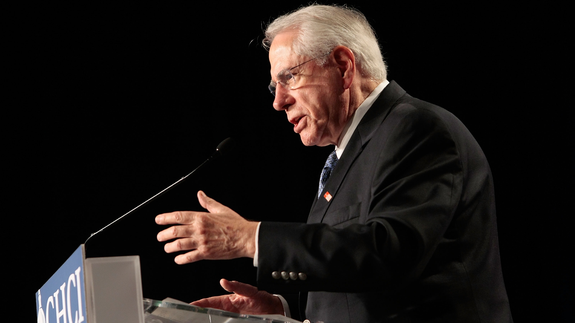 In the age of surrealist memes and viral content, why aren’t more politicians seeking out shitposting tutors?

Mike Gravel joined Twitter on Mar. 30, and has been spicing up the 2020 race ever since. The former Alaskan senator officially added his name to the ever-growing roster of Democratic presidential candidates in a video Monday, calling for a “Gravelanche” to push centrist politicians further left. He doesn’t plan on actually winning; his goal is to simply make it to the debates so he can challenge contenders on their neoliberal policies in favor of more leftist ones.

“My message, centered around an anti-imperialist foreign policy and fundamental political reform, is one that no other Democratic candidate is making the centerpiece of their campaign,” Gravel said in a statement, according to Rolling Stone. “After the first two debates, I will drop out and endorse the most progressive candidate.” Read more…