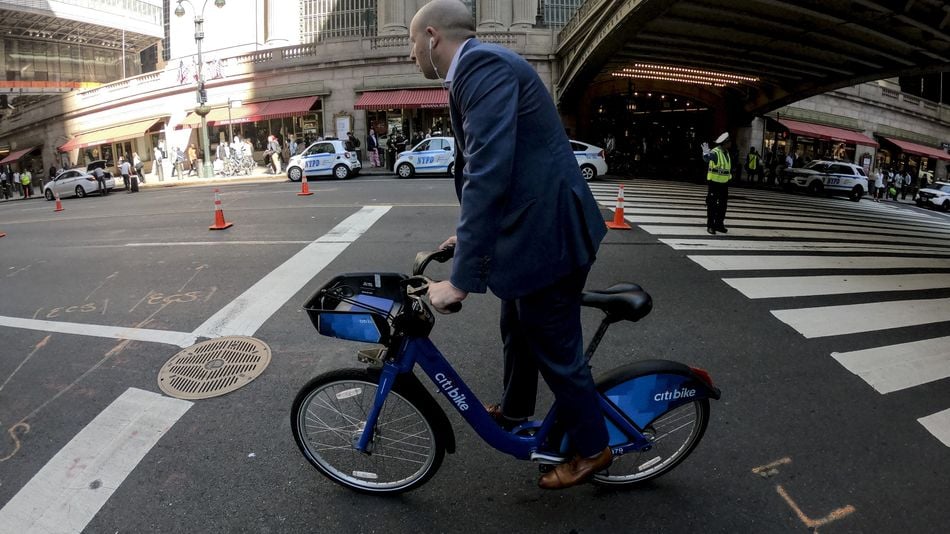 If you can’t even shake someone’s hand and you’re supposed to keep a solid 3-foot social distance as the COVID-19 pandemic spreads, jumping on a shared electric scooter can’t possibly be a safe activity. Right? But with the proper precautions, it should be less risky to partake in the sharing economy.

While the coronavirus is shown to stick around on certain surfaces for up to four days, it’s defenseless against disinfectants. So we can literally wipe it away.

Dr. Daniel Berliner, a physician at PlushCare, wrote in an email to Mashable that it’s risky to touch anything used by more than one person, but noted that “disinfectant cleaning with Clorox-type wipes must become the standard procedure prior to use of these items and devices.”  Read more…

Singapore’s upcoming licensing for dock-less bike-sharing services has claimed its first scalp after oBike — a Singapore-based company run by Chinese founders — announced that it would cease its service in the country ahead of the implementation of regulations.

The Land Transport Authority (LTA) is introducing measures to protect Singapore’s streets from a glut of bicycles left all over the place, as photo essays from China and beyond have cautioned can happen.

oBike launched its service at the beginning of 2017, and it claims over one million registered users but still it will end its service today, June 25. oBike said it will continue to run operations in other markets, although it hasn’t said if/when it will refund Singapore-based users with the deposits that they paid upon registration.

“oBike strongly believes and is committed to provide [sic] dock-less bicycle sharing service that would benefit users’ commuting and Singapore’s transportation system, however it is with regret that the new regulation measures do not favour this belief of ours,” the company said in a statement that posted to Facebook.

oBike has directed its customers to the newly-launched bike service from ride-hailing giant Grab, which went live in March, although that service has temporarily paused new user sign-ups. Other alternatives in Singapore also include services from Chinese duo Ofo and Mobike.

Grab is actually an investor in oBike, as TechCrunch reported last year, after taking part in its $45 million Series B round that was announced in August 2017.

Bird is flying into more cities, and as the electric scooter-share company spreads its wings, it wants to make sure it doesn’t destroy communities with its short-range vehicles.

Bird expanded from Southern California this week to San Francisco and San Jose, California, along with Washington, D.C. With the expansion, CEO Travis VanderZanden introduced the “Save Our Sidewalks” pledge.

VanderZanden has proposed other scooter and bike-share companies, like LimeBike, Ofo, MoBike, and Jump, commit to a daily pick-up program, responsible growth of vehicle fleets, and revenue sharing with city governments. Read more…

Beijing-based bike-sharing startup Ofo has raised $866 million in new financing led by Alibaba Group to fuel its expensive competition with Mobike, which is backed by Tencent, one of Alibaba’s biggest rivals. Ofo and Mobike are the two largest bike-sharing companies in China. Read More

Ola, the company battling Uber in India, has turned to pedal power after it introduced a bike-sharing service. China’s Didi Chuxing and Grab in Southeast Asia have invested in bike-sharing companies, which offered dock-less bikes that users can pick up across a city and leave anywhere they want when they’re done, and now Ola — which recently raised $1.1 billion in fresh… Read More

Editor’s note: This post originally appeared on TechNode, an editorial partner of TechCrunch based in China. China’s bike rental startups have hogged the startup limelight and investor dollars this year. The trend has been impossible to ignore, both on the ground and in reporting. Ofo became the industry’s first unicorn, while Mobike has pulled in over $300 million in… Read More

Bike-sharing firm Mobike now has a way to reach the 900 million people who use China’s largest messenger app, WeChat.

Mobike has been officially integrated into the chat app, allowing users to book a ride through its in-app wallet function.

WeChat’s wallet is a popular digital payment mode in China, where it can be used to pay at stores, and to do easy money transfers to friends when splitting the tab.

With the app now listed in the wallet section, this is expected to help reduce friction for users — especially new, curious ones — to locate a bike and start riding. Read more…

A startup called LimeBike has raised $12 million in venture funding to make Chinese-style bike sharing mainstream in the US. Andreessen Horowitz led the round joined by IDG Ventures, DCM Ventures and other investors who declined to be named. In China, companies like MoBike and Ofo have raised massive amounts of venture capital and distributed tens of thousands of their GPS-enabled bikes in… Read More