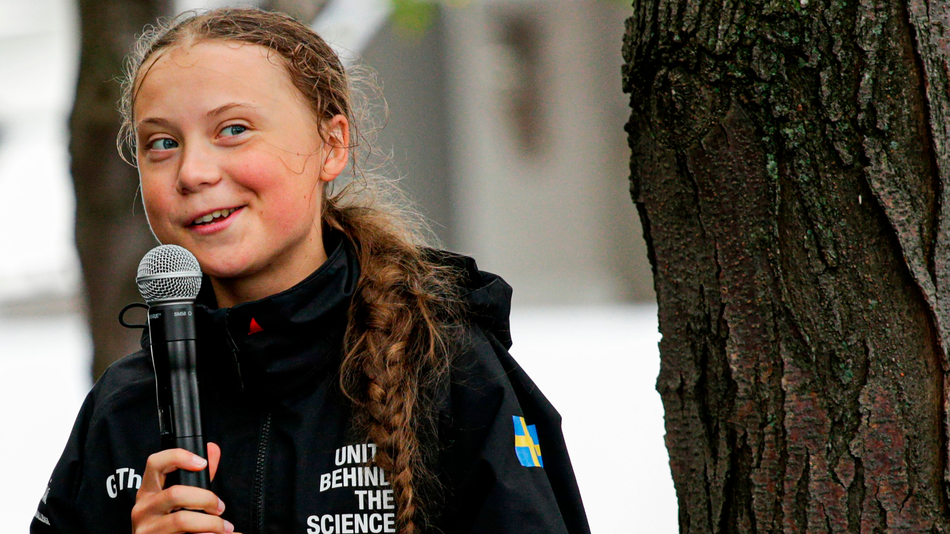 It’s no secret that Donald Trump is clueless about climate change.

Given the soaring summer heat in many parts of the globe, including the Arctic Circle, it’s about time the president pay attention. It’s a tricky task, but Jimmy Kimmel might have the solution by creating an ad that puts those issues into terms that Trump can understand.

After all, it’s true that golf courses and fast food supplies will be affected as extreme heat and droughts cause havoc. He wouldn’t want to ruin his handicap. Read more…

Hawaii has become the first US state to ban sunscreens deemed harmful to coral reefs. Effective from Jan. 1, 2021, the bill was signed by state governor David Ige on Tuesday.

The legislature focuses on the environmental impacts of two chemicals found in some sunscreens, oxybenzone and octinoxate, and their effect on Hawaii’s marine ecosystems — including coral reefs. The bill will prohibit the sale and distribution of sunscreen containing these chemicals without a prescription. Read more…

Noise and misinformation, especially on climate, has long been a problem on social media.

To counter this, Australian not-for-profit the Climate Council has created a Facebook Messenger chatbot to inform people about climate science.

SEE ALSO: Facebook announces a big News Feed change — and just wants you to be happy

Launched on its Facebook page last week, it’s an effort to connect with younger people who are interested in issues like climate change, but aren’t the most engaged with the organisation — largely due to broader information overload.

“Young people are saturated on social media because they’re the most active on it, we know that they care and that they’ve got the thirst for information,” Nelli Huié, digital manager at the Climate Council, explained. Read more…

People can disagree about the scientific premise behind climate change, but it’s an inescapable fact that the world is driving ahead to replace carbon energy with clean energy anyway. That makes advanced energy technologies one of the biggest business opportunities of the next couple of decades. The companies and nations that take the lead will become the next economic superpowers. Read More Strategically placed to survive any natural disaster, this winter’s rains flooded the arctic seed bank. The bank wasn’t destroyed, but it shows how fast things are a changing.

It was designed as an impregnable deep-freeze to protect the world’s most precious seeds from any global disaster and ensure humanity’s food supply forever. But the Global Seed Vault, buried in a mountain deep inside the Arctic circle, has been breached after global warming produced extraordinary temperatures over the winter, sending meltwater gushing into the entrance tunnel.

The vault is on the Norwegian island of Spitsbergen and contains almost a million packets of seeds, each a variety of an important food crop. When it was opened in 2008, the deep permafrost through which the vault was sunk was expected to provide “failsafe” protection against “the challenge of natural or man-made disasters”.

But soaring temperatures in the Arctic at the end of the world’s hottest ever recorded year led to melting and heavy rain, when light snow should have been falling. “It was not in our plans to think that the permafrost would not be there and that it would experience extreme weather like that,” said Hege Njaa Aschim, from the Norwegian government, which owns the vault.

In Trump’s world, you don’t have to be a scientist to land a high-level science job.

President Donald Trump has reportedly picked Sam Clovis — a conservative talk show radio host and climate change denier — to be the “chief scientist” of the U.S. Department of Agriculture’s research division. If appointed, he’ll oversee key scientific work on everything from nutrition to the effects of rising temperatures on food supplies.

SEE ALSO: Here’s why thousands of scientists are (and aren’t) marching on Saturday

The top position is supposed to be filled by “distinguished scientists with specialized or significant experience in agricultural research, education, and economics,” according to the 2008 Farm Bill.  Read more…

Yet another fear among scientists and climate activists has become reality in the era of Trump.

Years of research and data about carbon emissions, other greenhouse gases, and more was hidden from the U.S. Environmental Protection Agency website by the Trump administration Friday as the climate change webpage goes under “review.”

Adding insult to injury, this comes on the eve of the People’s Climate March.

Climate change activists have been wringing their hands ever since Inauguration Day, fearing that the new administration would do something just like this. The EPA has been chipping away at climate change mentions on its website since January, but Friday’s takedown seems to be the biggest step yet.  Read more…

The rogue government Twitter account, AltUSNatParkService, which claimed it was being run by current park rangers, says it has now handed off control of its Twitter account to “several activists and journalists who believe they can continue in the same spirit.” The move has led some to question if the account was, in fact, ever operated by disgruntled government employees in the… Read More

Apple is suing Qualcomm for $1 billion, the hit app Meitu may be collecting too much data, Whitehouse.gov removes LGBT, climate change and more and Kristen Stewart appeared as a co-author on an AI paper. All this on Crunch Report. Read More

With uncharacteristic fire and brimstone — but also steely resolve and a concrete plan — the former vice president opened the Sundance Film Festival on Thursday night with An Inconvenient Sequel, a daring, urgent and exhilarating follow-up to his 2007 film An Inconvenient Truth.

And what a decade it’s been since that groundbreaking, Oscar-winning documentary. “Climate-related events have gotten so much worse in the 10 years since,” Gore argues at the top of Sequel — and the evidence is splattered all over the screen. Read more…