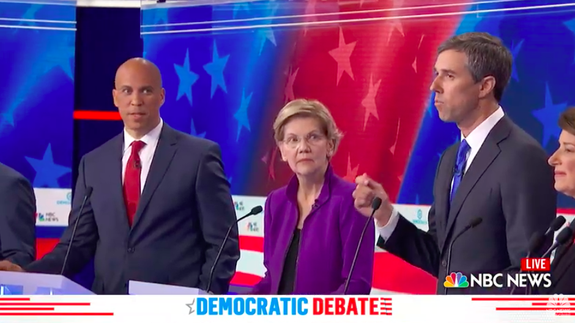 Ever felt threatened by someone else’s fancy language skills?

When Beto was asked if he would support a higher tax rate for top earners, he responded by stating that the economy needed to “work for everyone.” Beto then switched mid-answer to Spanish, and Booker was caught glaring in his wake.

Booker, of course, can also speak SpanishHe made his pitch to voters when he called into Univision’s Despierta América when he announced his candidacy back in February. Read more…