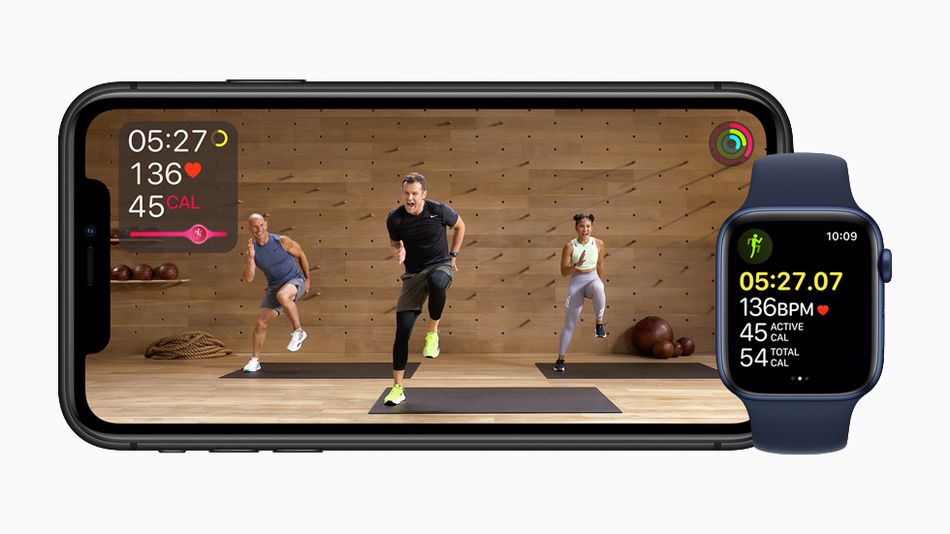 Apple has just announced Fitness+, a kind of Netflix for exercise videos that also monitors your personal metricsPeloton is probably sweating, and not in a good way.

Revealed at today’s Apple event, Fitness+ lets you watch workouts on your iPhone, iPad, or Apple TV while your Apple Watch records your heart rate and calories burned. These metrics will be displayed up on your screen in real time, though you can turn them off if you want to enjoy your workout without fretting about analytics. Fitness+ will also display Apple’s familiar Activity rings, complete with fireworks animation when you close one. Read more…

Walter Camp is known today as the “Father of American Football” for his contributions to the rules of the game, including the development of the line of scrimmage and the system of downs.

He was also an outspoken advocate of exercise and physical fitness

With the entry of the United States into World War I in 1917, Camp was appointed director of the U.S. Navy Training Camps’ Physical Development Program.

A Chinese company is in the spotlight for trying to relieve its sedentary employees of their desks — by making it mandatory that they clock 10,000 steps a day.

The seemingly well-meaning but strictly enforced rules also deal a penalty of 50 to 100 push-ups to people who fail to meet the 10,000 step count mark.

The Chongqing Evening News quotes one of the new employees at the unnamed technology firm, Hu, who said that on his first day, the company’s HR department made him sign up for a feature on the WeChat messaging app that tracks the number of steps they take each day. Read more…

Sticking to a gym plan is hard. Like, really hard.

But if you’re looking for a little bit of inspiration (or a healthy dose of shaming) check out the story of Edna Shepherd.

The 94-year-old woman from Hume, Australia, who pumps iron a staggering ten times a week. Even on her one day off, she’s still getting the muscles moving with a weekly ballroom dancing class.

“I’m always on the go, I don’t like sitting around,” Shepherd says in the above 7 News clip.

The nutrition-savvy great grandmother also claims the exercise regime helps her socialise — particularly when it comes to chatting up the opposite sex. “I like hugging the men: I’m a naughty girl,” says the go-getter. Read more…

Yoga rooms are becoming the norm at airports and one even has a therapy pig to try to make air travel less stressful. So it makes sense that now an airport will feature a full gym (with showers) to help you take the edge off, or at least, keep up with your fitness goals.

Roam Fitness is opening by the end of January at Baltimore-Washington International Airport behind airport security so you can work out before your flight or when your plane is hours delayed. It will feature cardio equipment, stretching space, a TRX cable system and a full locker room with showers, towel service and skin products. Read more…