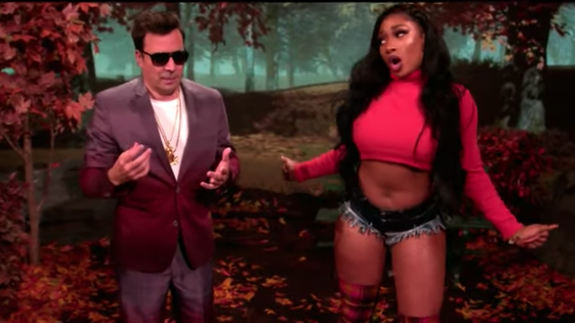 “Nothing makes me hotter than some temperate weather / Cause the summer was dope, but the fall’s even better,” Meg informs us, pulling her turtleneck way up over her face and rocking plaid thigh-high boots.

Speaking of, Tariq, aka The Roots’ Blackthought, also jumped in for a verse about how much he really, really loves plaid.

Just don’t try and masc up the name, Jimmy. Hot Girl Fall (aka Thotumn) is for everyone. Read more… 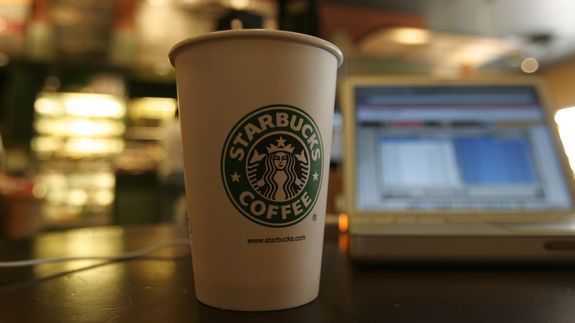 Hot Girl Summer is nearly over, and Basic Girl Autumn is just around the corner. We know this because pumpkin spice season may be arriving earlier than it ever has before.

A report from Business Insider cites Starbucks employees (and otherwise uncorroborated social media posts) as saying that the 2019 launch date for the Pumpkin Spice Latte will be Aug. 27 — a day earlier than last year’s official launch.

Giant jugs of pumpkin spice flavor-sauce arrived in stores at the beginning of August, as documented on r/starbucks (note the June 2019 batch date printed above the label):

On Aug. 7, Starbucks’ Facebook account posted a semi-cryptic clip of a pumpkin converted into a bootleg Magic 8-Ball to official pumpkin-spice fan group Leaf Rakers Society, suggesting the eighth month of the year. (The group is closed, but anyone can join.) The caption promises one clue a week, meaning the next is due on or around Aug. 14.  Read more…