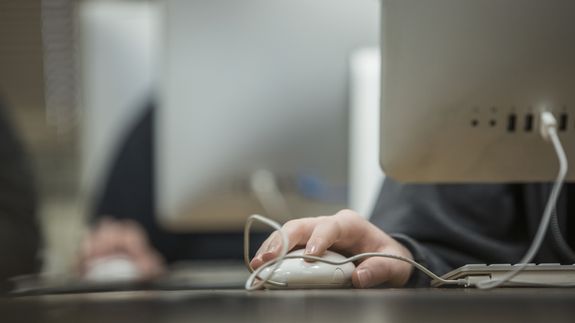 Teenager Bill Demirkapi had been ghosted. Hard. “It didn’t feel good,” he explained to the large crowd gathered to hear him speak. “It hurt my feelings.”

But Demirkapi, despite his status as a recent high-school graduate, wasn’t lamenting the traditional spurned-love problems typical of his cohort. Far from it. Instead, he was speaking at the famous DEF CON hacker conference in Las Vegas, and the ghoster-in-question was educational software maker Blackboard.

Demirkapi had reported numerous vulnerabilities in Blackboard’s software to the company; after initially being in communication with him, the company stopped responding to his emails. But Demirkapi, who found he could access a host of student data — including family military status, weighted GPAs, and special education status — through vulnerabilities in Blackboard’s system, was undeterred.  Read more…

The hackers responsible for the massive breach of HBO haven’t let up, and reached out to Mashable to share their latest exploits. And while the latest data dump doesn’t include any Game of Thrones spoilers, it definitely contains some information that the network wouldn’t want out in the open.

SEE ALSO: The HBO hackers just hit us with another huge data dump

Specifically, what appears to be the login credentials for almost every single HBO social media account. Passwords for everything from @HBO, @GameOfThrones, and @WestworldHBO to various Instagram and Giphy accounts were in a text document provided to us by the so-called “Mr. Smith group.” Read more…

As the world readies to open for business on Monday, companies and governments are bracing for a second round of cyberattacks in the aftermath of Friday’s WannaCry hack.
Indeed, security experts are already warning that a new version of WannaCry has emerged over the weekend that doesn’t have the kill switch protocol that stopped the initial version of the cyberattack late on… Read More

A cyberattack on the Defence Ministry of Singapore’s internet system (I-net) has resulted in the personal data of 850 employees and conscripted military personnel being stolen.

No classified military data was stolen in the breach of the I-net system, the government said, as reported by Channel NewsAsia.

The Ministry of Defence (Mindef) added that the purpose of the hack may have been “to gain access to official secrets.”

Anyone who’s seen Softbank CEO Masayoshi Son give a keynote speech will know he rarely sticks to the standard industry conference playbook. And his turn on the stage at Mobile World Congress this morning was no different, with Son making like Eldon Tyrell and telling delegates about his personal belief in a looming computing Singularity… Read More

‘President’ Donald Trump is expected to sign an executive order addressing cybersecurity today, Reuters reports in an item that cites “two sources familiar with the situation.” The EO is expected to be Trump’s first action to address what he called a top priority of his administration during the Presidential campaign.

Earlier this month, staff at Austria’s four-star Romantik Seehotel Jägerwirt tried to sign into the resort’s computer systems, but couldn’t.

They had been infected by a kind of software called ransomware.

When hackers deploy the tech, it encrypts a device, rendering it useless. Once a ransom is paid, the hackers then deliver an electronic “decryption key” which can be used to restore the device to normal.

Unless the hotel paid a ransom in Bitcoin totaling close to $1,800 dollars, it wouldn’t be able to access its reservation system, cash desk system or issue electronic keycards.  Read more…

As if two massive data breaches affecting more than one billion users isn’t enough, Yahoo is now under investigation from the SEC for not disclosing the hacks sooner, according to a Wall Street Journal report. Read More