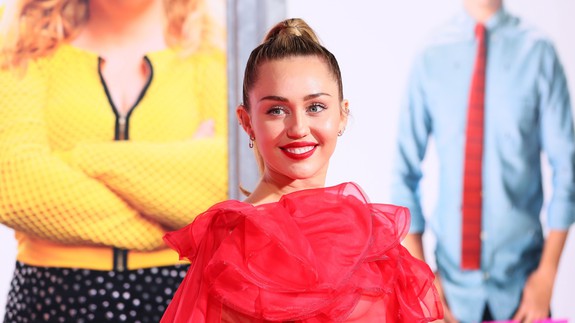 It’s been 13 years since the first episode of Hannah Montana landed on the Disney Channel, and Miley Cyrus has marked the occasion with a sweet Twitter tribute.

The 26-year-old pop icon shared a photograph of her younger self, with a caption noting the significant date for the beloved series.

“It’s the 13th anniversary of the first HM episode to air,” she wrote. The pilot episode of Hannah Montana, titled “Lilly, Do You Want to Know a Secret?” premiered on March 24, 2006.

According to Billboard, the image shows Cyrus at the Nashville airport, ready to fly to Los Angeles to the Hannah Montana set. So, she did hop off the plane at LAX, but we see no cardigan. Read more…