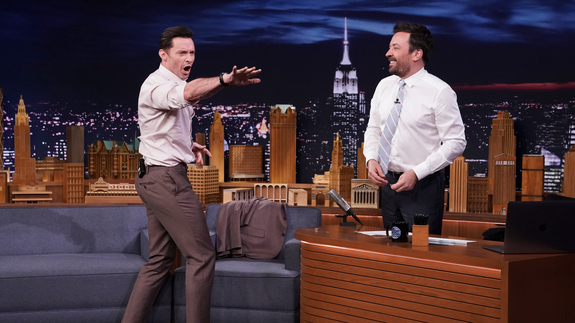 The Missing Link star dropped by The Tonight Show on Monday to trade jackets with Jimmy Fallon and talk world records.

Jackman holds the record for the longest career as a live action Marvel superhero: 16 years 228 days as X-Men‘s Wolverine — he shares the record with Patrick Stewart, who has played Professor Charles Xavier for the exact same amount of days.

But Jackman’s record isn’t the only title he’s tried for, as the star explained he and his brother clocked up many valiant attempts at Guinness glory — one of which is the most coins caught on one’s elbow.  Read more…