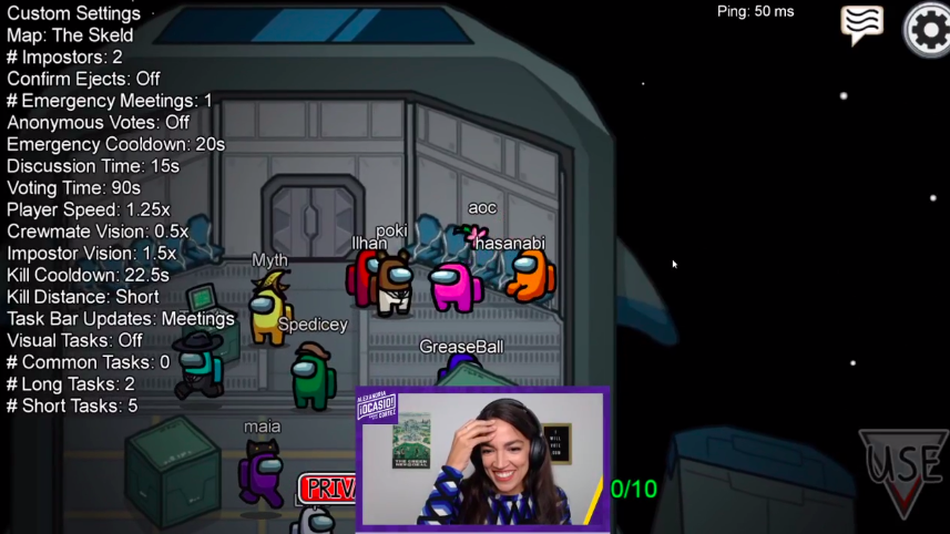 Congresswomen Alexandria Ocasio-Cortez and Ilhan Omar made their Twitch debuts today, enjoying a few rounds of Werewolf–like sleeper hit Among Us with several high profile streamers. AOC may be a highly intelligent, engaged politician, but it turns out she is an absolutely terrible space murderer.

The two Among Us newbies were joined by a constellation of Twitch stars, including Pokimane, Hasanabi, Disguised Toast, Dr Lupo, Myth, mxmtoon, Jacksepticeye, Cr1TiKaL, and Corpse Husband. Omar’s teenage daughter Isra Hirsi also jumped in for some mother-daughter bonding time.

However, it was AOC‘s stream that received the most attention. Twitch confirmed to Mashable that her channel reached a peak of over 435,000 concurrent viewers during the three-and-a-half hour broadcast. This is an incredibly impressive figure for a new streamer, especially considering the number one record is 667,000, currently held by hugely popular Fortnite streamer Ninja. Read more…