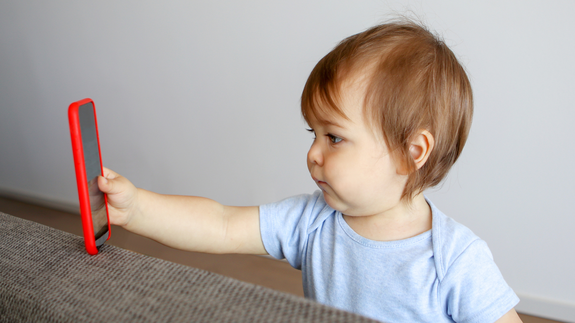 This is just getting ridiculous.

As regular social media influencers vie for the title of most annoying, a new breed has emerged to expose the whole enterprise as a goofy charade. Or perhaps we should say not emerged, because, as exemplified by one so-called Instagram “kidfluencer” featured in a recent New York Times article, they’re not even born yet.

That’s right, there’s literally an in-utero baby with a March due date that has more Instagram followers than you. One hundred and twelve thousand, to be exact.

SEE ALSO: Think twice about posting photos of your kid on Facebook

Say hello to Halston Blake Fisher, the soon-to-be scion of an influencer family that includes 2-year-old identical twins with more than 2 million followers on Instagram. Kyler Fisher, the twins’ father, told the Times that sponsored posts on his kids’ page cost between $10,000 and $20,000.  Read more…

If you’ve been turning a profit on Instagram, it’s time to get your #ad house in order.

A new provision in the code of ethics, issued by the Australian Association of National Advertisers (AANA), seems aimed at brands and influencers who hawk their wares on social media. Coming into effect Wednesday, the code states that sponsored content “must be clearly distinguishable as such to the relevant audience.”

SEE ALSO: This top bank will supply you with a ‘trust passport’ for the gig economy

The world of influencer marketing, where celebrities, public personalities and bloggers get paid to promote brands across their social media accounts, is a nebulous one and notoriously difficult to regulate.  Read more…