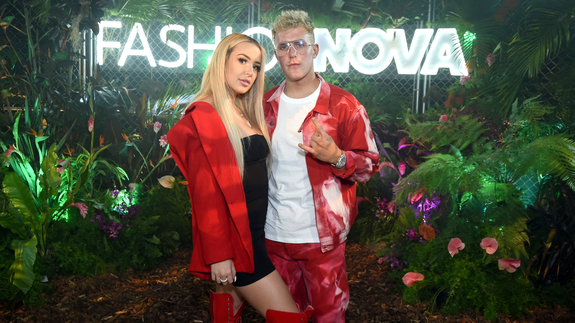 YouTube’s loudest couple is engaged, and honestly nobody surprised.

Jake Paul proposed to fellow vlogger Tana Mongeau during a weekend trip to Las Vegas to celebrate her 21st birthday. At around 1:30 a.m. at a club on Monday, he brought out a three-tier cake decorated with an enormous ring and the words, “Will you marry me, Tana?”

She immediately tweeted about it.

Jake Paul released a reaction video to Alissa Violet’s appearance in Shane Dawson’s upcoming installment in his popular docu-series all about Jake, so buckle up for … genuine self-reflection?

The controversial vlogger took a rare approach to his ex-girlfriend’s cameo. Alissa, who dated Jake from 2015 to 2016, publicly accused him of physically and emotionally abusing her. In a clip featured in The Mind of Jake Paul, Alissa says Jake dragged her down the stairs.

In his response uploaded on Friday, Jake claims that Alissa wasn’t originally going to appear in Shane’s docu-series, but he felt that it made sense to add her perspective.  Read more…