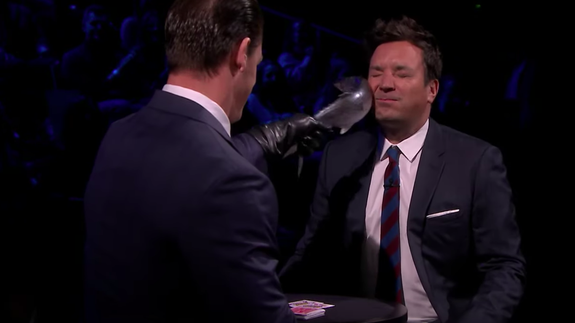 WWE wrester and professional meme John Cena appeared on Sunday’s episode of The Tonight Show starring Jimmy Fallon to help introduce a new segment called Fish Slap. It was exactly what it sounds like.

In Fish Slap, a game invented by Cena’s opponent Fallon because apparently he loves to suffer, players take turns guessing if a card drawn from a deck will be higher or lower than the previous one. If they get it right, it becomes the other player’s turn to guess. If they get it wrong, they get a real, slimy, dead fish to the face.

It sounds like an awful time but the pair get into it, Cena joyfully proclaiming, “In the name of salmon and mackerel, the day is mine!” Read more…