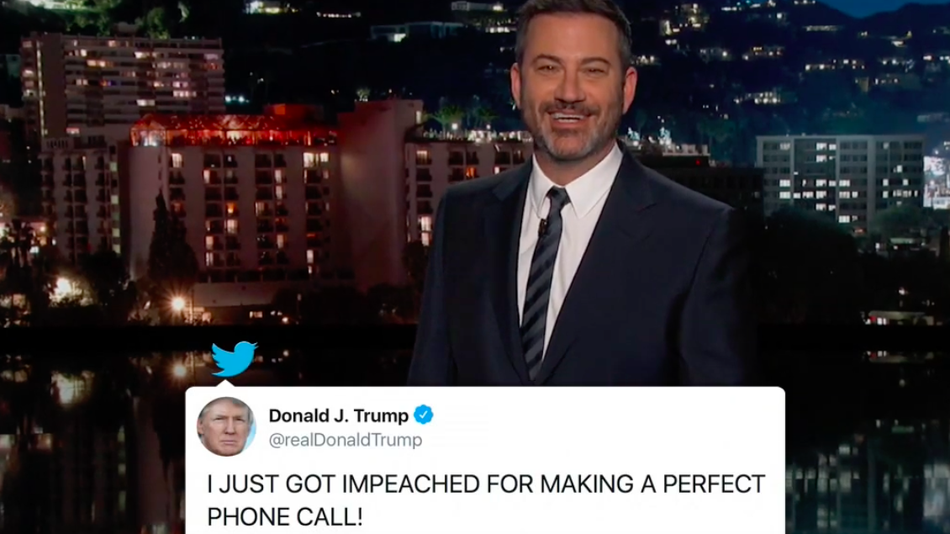 “It was an all caps kind of day for the President of the United States today,” said the host of Jimmy Kimmel Live during Thursday’s episode.

President Donald Trump’s impeachment trial is scheduled to start on Tuesday, with the Senate requesting he provide a written response to the charges by Saturday. Of course, as Kimmel pointed out, Trump dealt with this request the same way he deals with most things — with angry tweeting. Which is a kind of written response, I guess.

Kimmel went on to go through some of the special rules the senators in the impeachment trial will have to abide by, including having to stand when they cast votes. “[This] is a big deal, because for a lot of these senators this will be the first time they’ve ever stood for anything,” quipped Kimmel. Read more…