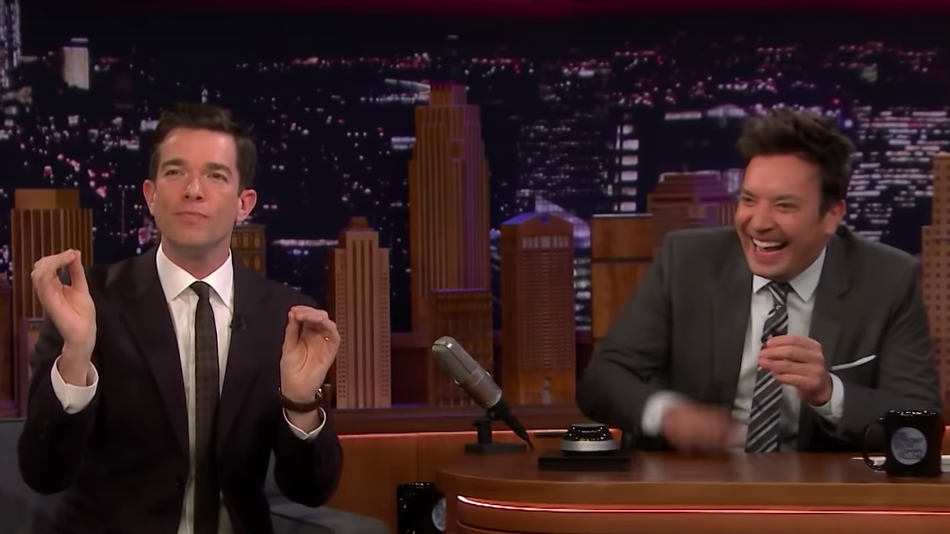 On Monday’s episode of The Tonight Show starring Jimmy Fallon, the host invited tall child John Mulaney to give his knee-jerk opinions on a series of seasonal subjects, including Rudolph the Red-Nosed Reindeer, fingerless gloves, and mistletoe.

“Mistletoe. If any decoration needs to be Me Too’ed…” declared Mulaney on the “perverted garnish.”

His strong reaction surprised and delighted Fallon, who said he’d never heard his guest raise his voice before. “It’s an upsetting garnish,” Mulaney insisted, which is fair.

The high-waisted man also summed up the horrible trashfire goblin decade that was the 2010s with an incredibly apt airport anecdote, in which he saw a passenger and TSA agent arguing. Read more…