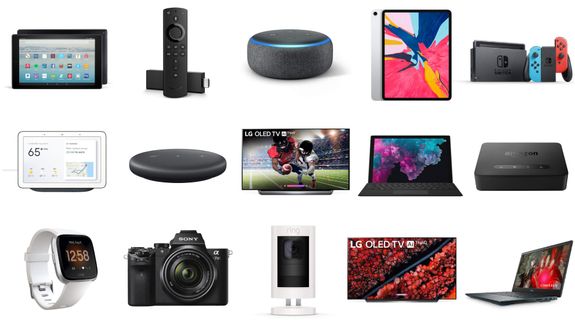 Don’t have any plans for Labor Day weekend? Why not use this opportunity to kit out your house with smart home products. With Amazon offering up to 42% off select Echo devices and saving up to $250 off LG 4K TVs that are Alexa compatible at Rakuten, allowing you to control your entire connected home.

Fitbit’s primed to finally break out of the fitness tracking vertical with a smartwatch built for mass appeal — but the company’s apparently having a hard time even bringing a device to the starting line.

A Yahoo Finance report claims that Fitbit’s had so much difficulty developing the smartwatch that its launch was pushed from spring to later in the year, most likely the fall, according to “sources familiar with the matter.”

The report says the smartwatch will be made of aluminum with a built-in GPS chip, heart-rate monitoring, the capacity for touchless payments, Pandora music compatibility, and up to four days of battery life. The design is, according to one source, “definitely not sexy,” and takes its cues from the company’s attempt at a fitness smartwatch, the Blaze. Read more…

The TAG Heuer Connected was possibly the most luxurious, expensive smartwatch to launch on the Android Wear platform — so the iconic Swiss watchmaker decided to up the ante for its Android Wear 2.0 release.

TAG Heuer just unveiled its latest wearable, the Connected Modular 45. The watchmaker teamed up with Intel, its partner from the previous model, to create the latest fusion of Swiss craftsmanship and Silicon Valley tech.

The watch’s name gives its most distinctive feature away right off the bat: it’s a modular device, and TAG Heuer says it will offer hundreds of options for personalization, including the choice to swap out the smart module for a more traditional mechanical watch or the luxe Heuer 02T Tourbillon Chronograph if you’re feeling extremely fancy and don’t actually want a smartwatch at all.    Read more…

SEOUL — Next month, the Dot smartwatch will finally hit shelves, offering a sleek timepiece for the blind.

The watch is coming to the market after nearly three years of repeated stops and starts.

Unlike most assistive smartwatches for the blind which rely on audio prompts, the Dot displays messages four braille characters at a time on its screen.

Its round face displays four cells of six balls each, and allows users to send simple replies or actions back through its two side buttons.

Dot, the eponymous South Korean startup behind the watch, has been developing the product since 2014, but hit delays in sorting out the display’s durability, as the tiny moving parts were hard to protect while remaining tactile, it said. Read more…