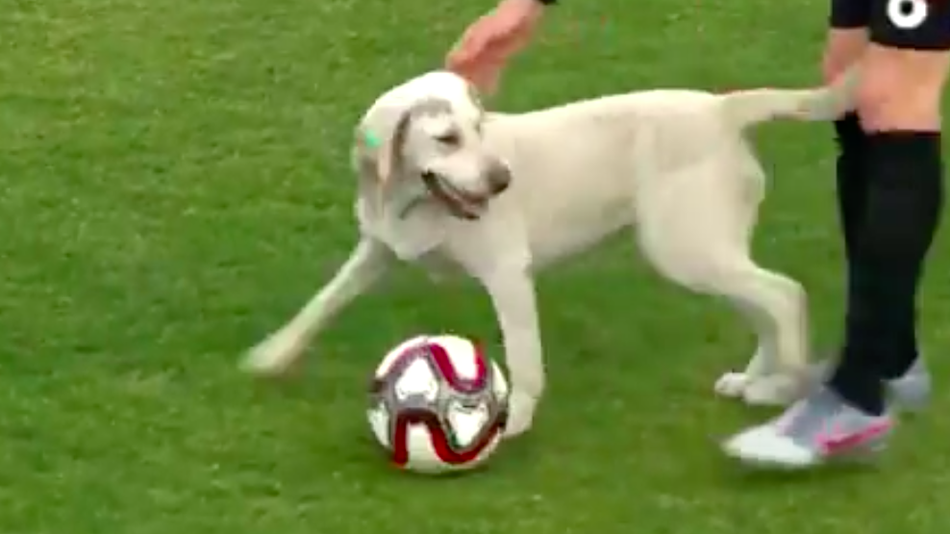 Everybody loves a good sports dog. The world was particularly blessed on Sunday when a very good dog invaded a Turkish soccer pitch, trying to get in on the action.

Fans of The Simpsons will never forget its classic parody of soccer.

From 1997, the episode “The Cartridge Family” poked fun at the sport with its meaningless but exotic player names (“Ariaga! Ariaga II! Bariaga!”) and the impatience Americans had for the sport.

SEE ALSO: Why we could be watching ‘The Simpsons’ for another 30 seasons

In that fictional match (which ended in a riot), Mexico and Portugal battled it out to “determine once and for all which nation is the greatest on earth.”

For followers of the sport, the inclusion of the two countries was a bit of a joke in itself at the time. When the Season 9 episode aired, Portugal’s team was on the slide, ranking 30th in the worldMexico, however, managed to reach a much more respectable 5th.  Read more…

Never get between fans and the World Cup.

Australia’s Prime Minister Malcolm Turnbull has stepped in after people complained of streaming issues with Optus, which holds the right to locally broadcast all the games at the tournament.

SEE ALSO: South Korea came up with a very creative tactic to use against Sweden in the World Cup

On Twitter, Turnbull said he had spoken with the telecommunications company’s CEO, Allen Lew, who reassured the problems would be fixed by Monday night.

I have spoken with the Optus CEO, Allen Lew. He assures me he is giving the World Cup streaming problems his personal attention and he believes it will be fixed this evening.

As the French national soccer team gears up for this week’s World Cup, speculation continues to mount over the playing future of one of the team’s star forwards, Antoine Griezmann.

And journalists want to know what the heck is going on — in any language.

Griezmann, who plays for Spanish team Atlético Madrid, is rumoured to be moving to rivals FC Barcelona next season. The striker has so far confirmed that he’s made up his mind, although he stopped short of revealing where he’s going to.

To stop Spanish reporters from constantly bothering Griezmann about his plans, team France’s press officer only allowed questions to be asked in French during a conference on Tuesday. Read more…

If anyone ever asks you to gauge your excitement using the popular “on a scale of 1-10” method, just cast your mind back to Rio Ferdinand’s expression in the video above.

Because that is, without a shadow of a doubt, what a 10 looks like.

Ferdinand himself shared the clip on Twitter later that day, where it quickly got over 6000 RTs.

“Hahahaha maybe I got a bit carried away…” wrote the former United player. Read more…