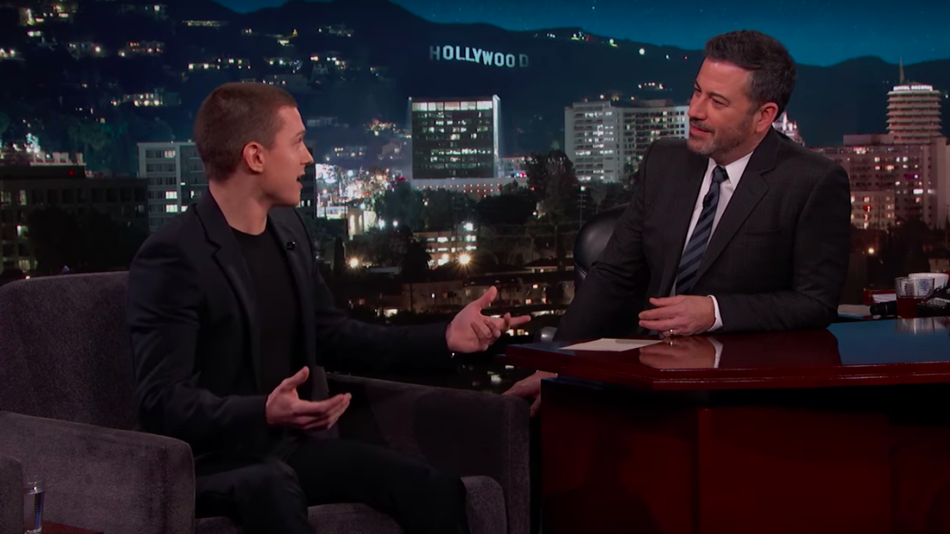 On Wednesday’s episode of Jimmy Kimmel Live, friendly neighbourhood Tom Holland spoke about how he helped keep Spider-Man in the Marvel Cinematic Universe with a drunken phone call.

Believing Spider-Man was being removed from the MCU, Holland had initially only asked for Disney CEO Bob Iger contact details so he could thank him for the experience. “I got his email, I sent him the email, and he responded very quickly saying, ‘I’d love to jump on the phone with you at some point — when are you free?'” recalled Holland. “And you don’t give Bob Iger a schedule. You’re like, ‘whenever, Bob!'”  Read more…

Spider-Man: Into the Spider-Verse is not done adding Spider-People.

SEE ALSO: What exactly is the Spider-Verse?

In the footage, which was screened exclusively for Comic-Con, Miles Morales (Shameik Moore), Peter Parker (Jake Johnson), and Gwen Stacy (Hailee Steinfeld) arrive at a mysterious building, where a smiling woman hands them “Hello my name is” stickers. Read more…