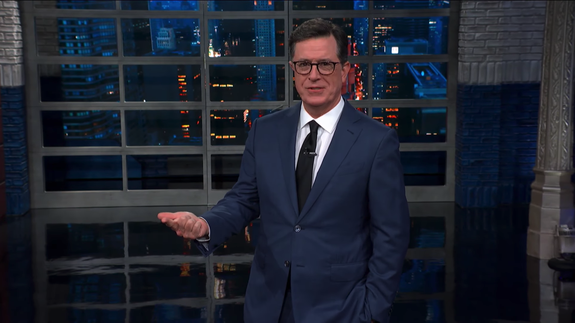 But Stephen Colbert had one more fish to fry on The Late Show Wednesday night, a rather strange interview with “chat show chumbucket and TV’s loudest pile of teeth” Piers Morgan.

After speaking about being on his “good behaviour” around the royal family and “non-stop” conversation with Queen, Trump told Morgan he’d spoken at length to Prince Charles, who the president referred to as being “into” climate change.

One thing we can say, you must wait for the hat Morgan gifted to the president.  Read more…