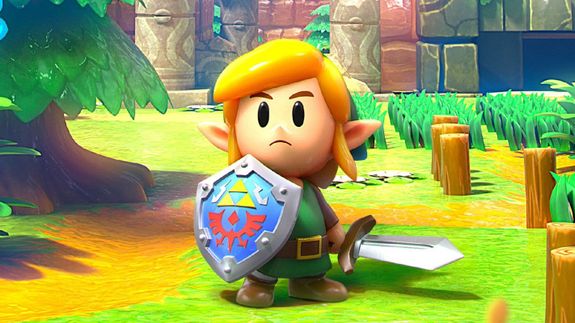 2019 has already been a stellar year for games — with massive releases like Sekiro: Shadows Die Twice and Crash Team Racing — and the second half has plenty more to come.

If you’re looking to get your hands on the biggest upcoming titles — special editions especially — pre-ordering is the best way to make sure you don’t miss out on release day. Plus, pre-ordered games often come with rare or limited edition in-game gifts.

Below is our comprehensive list of the best upcoming games across all platforms — in order of release date — and where you can pre-order them. 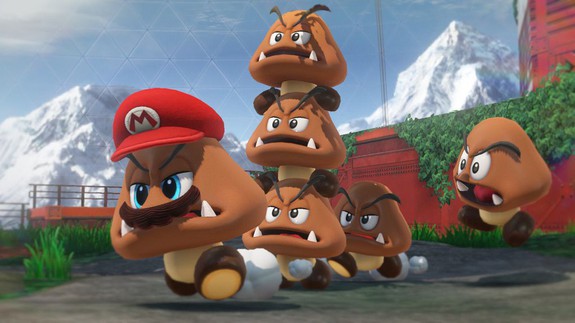 Not since Mario’s nipples has the video game world been rocked this hard by a revelation about anatomy: Goombas have arms and hands!

The discovery of these appendages comes courtesy of photos of a Goomba keshi rubber figure (an eraser) shared to Twitter by user Joe Piconi, which shows the Goomba with his arms and hands folded behind his back, thus giving him the armless appearance.

Goombas have arms and hands. They are folded neatly behind their backspic.twitter.com/nRXVi6u92f

This is a potentially stunning revelation given that, for decades, the Goombas have been able to do all kinds of activities, like baseball and bowling, without using these hidden arms.  Read more…

Avoid the asteroids and defeat Jeff Bezos while getting the Tesla Roadster safely through the stars in this gratifying retro video game.

Created by car blog AutoWise, the game puts you behind the wheel of Elon Musk’s Tesla Roadster, launched by SpaceX in February as the payload of the Falcon Heavy rocket.

Set to an 8-bit version of David Bowie’s “Starman,” the same track playing in the space-dwelling Roadster and the name of the dummy pilot, the game takes three minutes to beat.

A woman from China has gone partially blind, after spending an entire day playing a game on her smartphone.

The 21-year-old, who goes under the pseudonym Wu Xiaojing, was a hardcore fan of popular multiplayer smartphone game Honour of Kings.

SEE ALSO: China’s most popular game restricts kids to playing for just an hour a day, to curb mobile addiction

Wu, who works in finance, was said to have been playing the game for several hours when she suddenly lost her sight in her right eye.

She was taken to several hospitals and was diagnosed with Retinal Artery Occlusion (RAO) in her right eye.

What’s better than another episode of Conan O’Brien’s “Clueless Gamer” segment? Having a hilarious guest who also happens to be in the game, as well.

This time, he had The Big Sick‘s Kumail Nanjiani as co-pilot while they explored the upcoming Xbox game Middle-earth: Shadow of War.

It’s all good fun ripping on the characters until Nanjiani reveals, cringing, that he voiced “Dugz the Agonizer,” one of the enemy orcs that they were about to face.

Nanjiani was right to cringe. Because once Dugz shows up on screen and speaks, it sounds exactly like Nanjiani himself — not at all like an orc.

“You didn’t change your voice at all! Did you do that over the phone? What the hell was that!” yells O’Brien, before delivering the final stinger: “He should be called Kumail the Nanjiani.” Read more…

Lightseekers, the role-playing game from Play Fusion and TOMY that seeks to bring video game action into the real world, has made the transition from Kickstarter to store shelves.

On Saturday, at the New York Toy Fair, the makers announced that the game will get Toys “R” Us distribution, with pre-sales starting in April.

SEE ALSO: Please let ‘Justice League’ be as awesome as this RC Batmobile

The game has come a long way since Play Fusion first showed it to us in October. Back then, the action figures were so unfinished, they wouldn’t let us photograph them.

“I think that it was in my generation that people who made video games really became designers rather than technologists,” Shigero Miyamoto says.